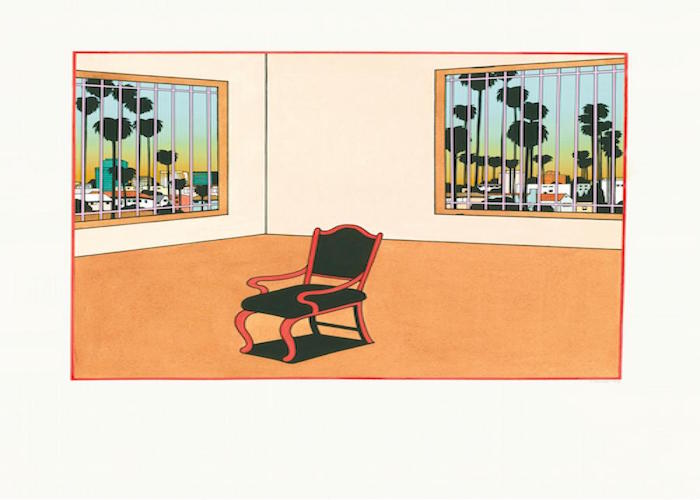 This album is comparable to earlier Tame Impala music — mostly Innerspeaker. The bands have similar sounds, but Quilt is more calm and less chaotic. If the Cocteau Twins and Tame Impala had a musical love child, this band would be it.

The influence of 60’s and 70’s psychedelia is easily heard through guitar riffs and tantalizing vocals.Lead singer Anna Rochinski has a voice that could calm down a child having the worst temper tantrum. Rochinski has a very authentic indie sound that complements the psychedelic rock genre. If you could picture the perfect soundtrack to an indie cult-classic film, Plaza would be it.

The band also mixes it up and have other other members front certain songs. It provides a pleasant balance to the album, adding to the band’s originality. Even though this happens, you can still hear the old school influence. The song “Eliot St.” has a subtle Beatles influence while still being able to stand alone with the band’s own talent.

The album features some songs that could definitely make for some summer jams. “Searching For” is upbeat, catchy and just an all around feel-good tune. “O’Connor’s Barn” is another summertime song, but I imagine the cool kids laying in their rooms, listening to this song and dissecting lyrics like, “Are you looking for an answer?/Are you looking for a cure?/Maybe you should want more,” and creating tumblr posts out of them. I totally haven’t thought about doing it, either.

Plaza is a chill album. I can definitely tell this band is going to have a successful indie future. Not many bands stick with the psychedelic rock genre anymore, so Quilt’s presence in the industry is refreshing. I can just see the hipster’s eating up Quilt’s music while sitting atop a hill in a meadow or something of that nature now.

Check out their debut album Quilt and their sophomore Head in Splendor. The band will also be playing MOPOP Festival this summer in Detroit!