Kanye West | The Life of Pablo 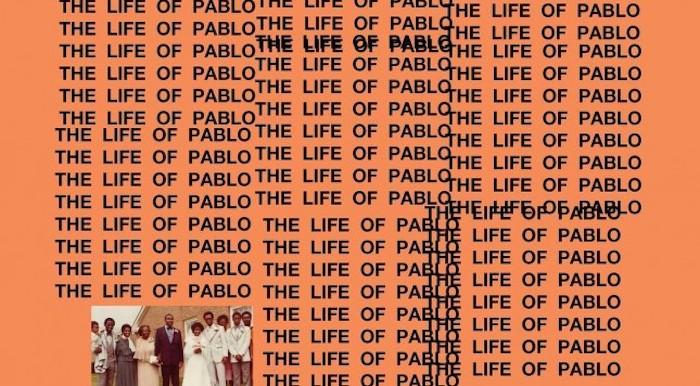 My name is Max Johnston, and I’m a frenzied Kanye West fanatic.

Kanye’s music has a direct line to my attitude and his behavior has a direct line to my actions. Neurons fire through my chemically imbalanced brain with every new 808 kick and soul sample, and my heart races with every new profanity-laced tweet. A Kanye song can make me frantically dance in gleeful bliss or spiral down into nihilistic doom. I’ve been held hostage by the mood swings of this egotistical artist for years, and I wouldn’t have it any other way.

Kanye’s newest album, The Life of Pablo, has been a constant source of personal stress, fear and eager anticipation for the duration of its tumultuous rollout. Between the singles, name changes and misleading release dates, my mood fluctuated on an almost hourly basis. The frantic release The Life of Pablo is reflected on the album itself, featuring plenty of plot twists and vague flourishes throughout its hour-long length. What follows are the rantings and ravings of this junkie finally getting his fix. The long-term effects of a new Kanye album.

Kanye is — among many things — consistently inconsistent. This is evident from track one of The Life of Pablo. The opener “Ultralight Beam” is a thoughtful meditation on faith that features an excellent verse from Chance the Rapper and sets a serious thought-provoking tone, which Kanye then immediately subverts. “Father Stretch My Hands Pt. 1,” likely serving as a metaphor for the entire album, begins with a smooth soul sample that is interrupted by distorted synths and Kid CuDi’s boasting over a fierce beat. Kanye dishes on self-liberation and supermodels, riding that momentum into his sorta-kinda conscious take on fatherhood in “Pt. 2” featuring not-Future and recent GOOD music signee Desiigner.

It’s quickly apparent that this is the most oddly reflective album of Kanye’s diverse catalogue. Various elements and collaborators from his prior albums are smashed together in unconventional (even for Kanye) ways. “Pt. 2” blasts an Atlanta-esque trap beat before screeching to a halt when Pulitzer-Prize winning singer Caroline Shaw croons right into the controversial “Famous.” Rihanna belts some Nina Simone lyrics while Kanye lets a Swizz Beatz instrumental rock and gloats about his immortal status in our hearts and minds before a legendary beat switch. The brooding “Feedback” could easily serve as a Yeezus B-side as Kanye aggressively raps over an even more aggressive industrial beat.

Kanye’s lyrical content is as vast as the production, varying from personal to hedonistic. “Low Lights” features yet another beautiful monologue on faith while “High Lights” features Young Thug, dicks on GoPro’s, (or is it the other way around?) and the Kardashians, so it’s way doper. “Waves,” the song that delayed the entire album due to Chance the Rapper’s insistence that it make the final cut, is a standout. Yeezy’s verses are full of s*** talking over immense production and a beautiful hook to beat, so #ThankChance indeed. Kanye fights for his new family life on “FML,” featuring an expectedly moody hook from The Weeknd while Kanye waxes on failed relationships on the previously released “Real Friends.” The highlight “30 Hours” features the most nostalgic Kanye verse since “Hey Mama,” but he lightens the mood with a hilarious outro about the bonus joints that hip hop loves so much.

There are as many moments of genuine care as there are crass brags and disses, but everything fits the ‘Kanye’ theme conveyed. The Life of Pablo, for better or worse, is the most ‘Kanye’ album to date, full to the brim with half-formed contradictions, prose-like monologues, lush production, and abrasive soundscapes.

Everything about this album, from the 18 song tracklist to the novel-length list of collaborators, is vast to the point of almost being disparate. Even the song-to-song structure is filled with beat changes and odd sample interludes that, while being used on Kanye’s other albums, were never used this frequently. There are parts of The Life Of Pablo that seem to be barely held together yet the album somehow remains cohesive, and that is Kanye’s strongest achievement. What at times appears to be an odd mixtape or an exercise in improvisation is actually Kanye’s boldest album to date.