DIIV | Is the Is Are 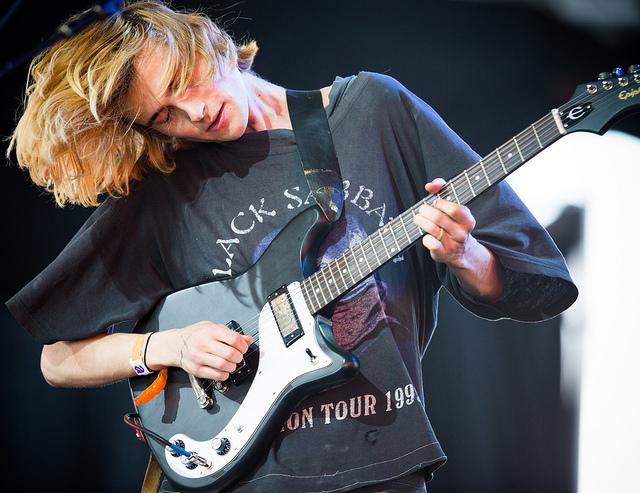 DIIV’s sophomore album Is the Is Are — released February 5th — seemingly brought on yet another “shoegaze revival.” The Brooklyn band attempts to revitalize the sound and break away from simple atmosphere.

Frontman Zachary Cole Smith pulls inspiration from his 2013 drug arrest and struggle to stay clean after. He told NME, “I know I have to stay alive at least until the album’s done. This is one shot at immortality, if I ever have one. I know it’s by far the most important thing I’ll ever do.”

Much longer than their debut album Oshin, Is the Is Are stretches over 17 tracks. The album shines the most during “Dopamine” and “Is the Is Are” in which the band’s love for distortion sounds the most purposeful.

Many songs on the album blend together, which is only made worse by the mammoth size of it. This can be attributed to Zachary Cole Smith’s love for a singular sound. It’s so effectively dream-pop it can lull you to sleep. That isn’t necessarily a bad thing, but when he’s talking about heavy addictions that compromised his ability to write music, it isn’t necessarily a good thing either.

The album is complicated. The group is branching out not only in the length of the album, but also in the sound. It mixes light and dark (see “Under the Sun” versus “Dopamine”). These new directions transition them from a simple shoegaze aesthetic to a deeper, more personalized sound.