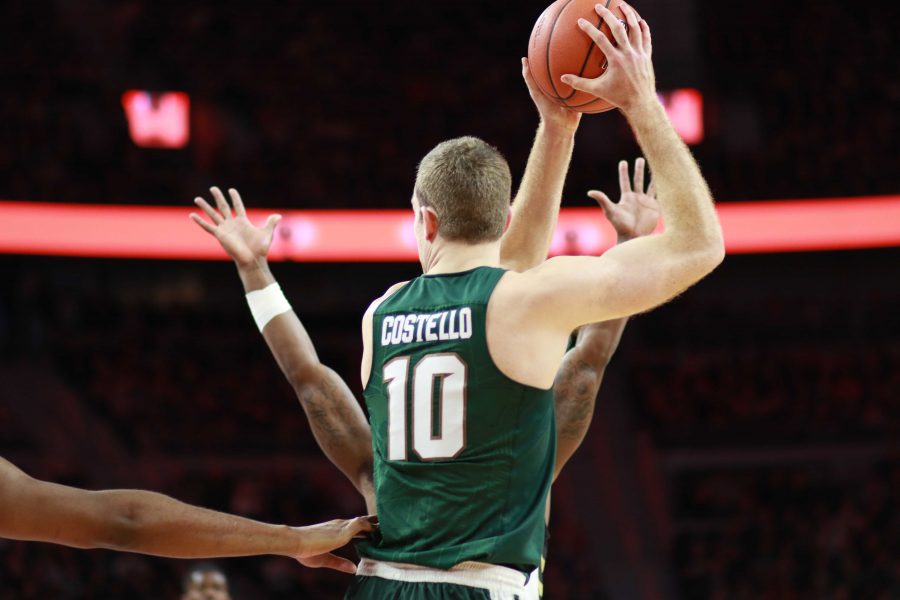 One day after the passing of MSU head coach Tom Izzo’s father, Carl Izzo, Tom and the Spartans made the trip to Iowa City to start the Big Ten schedule.

Without their senior leader, Denzel Valentine, the Spartans had already avoided a close call a week ago against Oakland, needing overtime to win their first game without the Player of the Year candidate.

Iowa was favored (-2.5) to beat No. 1-ranked Michigan State on Tuesday night and Vegas chose correctly as the Hawkeyes defeated the Spartans 83-70.

“One of the rare times in my career, I thought we got – for lack of a better choice of words – punked,” Izzo said in a post-game interview with BTN. “We got out-physicalled. We got out-hustled. They got every loose ball.”

Iowa won the tip and there was no looking back. Iowa secured two offensive rebounds on missed shots during their first possession before Jarrod Uthoff opened the scoring with a three over Matt Costello.

MSU cut the early 3-0 to one after Eron Harris made a quick mid-range jump shot.

With roughly 14 minutes left in the first half, Deyonta Davis finished with an emphatic putback dunk, cutting the Iowa lead back to one at a score of 13-14. Unfortunately for the Spartans, that would be the closest they would get to taking the lead.

At the half: Michigan State scored a season-low 23 points, shot 0-5 from the 3-point line, committed 11 turnovers (compared to their average of 12.4 for an entire game), and their bench was outscored 6-17.

“We didn’t get killed on the glass, which they [MSU] kill everybody,” Iowa head coach Fran McCaffery said to BTN. “We turned them over 11 times in the first half, which is uncharacteristic – we only gave them two fast-break points in the first half – that’s how you get a lead.”

Besides being out-played in the first half, the Spartans also did not have luck on their side.

With Valentine out, players like Bryn Forbes and Harris have to step up. Against Oakland, the two combined for 59 of the 99 total points.

What could cause one of the best shooters in the Big Ten to go ice cold?

Being guarded by a former high school teammate at Lansing Sexton, Anthony Clemmons, was one possibility.

Forbes also committed two of the team’s 16 turnovers compared to Iowa’s 12. This ratio follows the Hawkeyes’ trend of being one of the Big Ten’s best in turnover margin.

Iowa was able to maintain their lead throughout the second half, not allowing Michigan State to get within single digits. The closest margin being 10 points, 53-63 with 6:12 left.

A big question that was not answered was the absence of Deyonta Davis in the second half. Davis did not see the floor until the 2:01 mark, while Matt McQuaid and Gavin Schilling both saw the floor in crunch time despite struggling throughout the game.

MSU will look to revenge this upset on Thursday, January 14, 2016 when the Hawkeyes travel to East Lansing for a 7 p.m. showdown.

The Spartans next matchup is Saturday, January 2nd in Minnesota. The game versus the Gold Gophers will air at 3 p.m. on ESPN2.