No. 1 Spartans Head East for Rare Trip to Northeastern 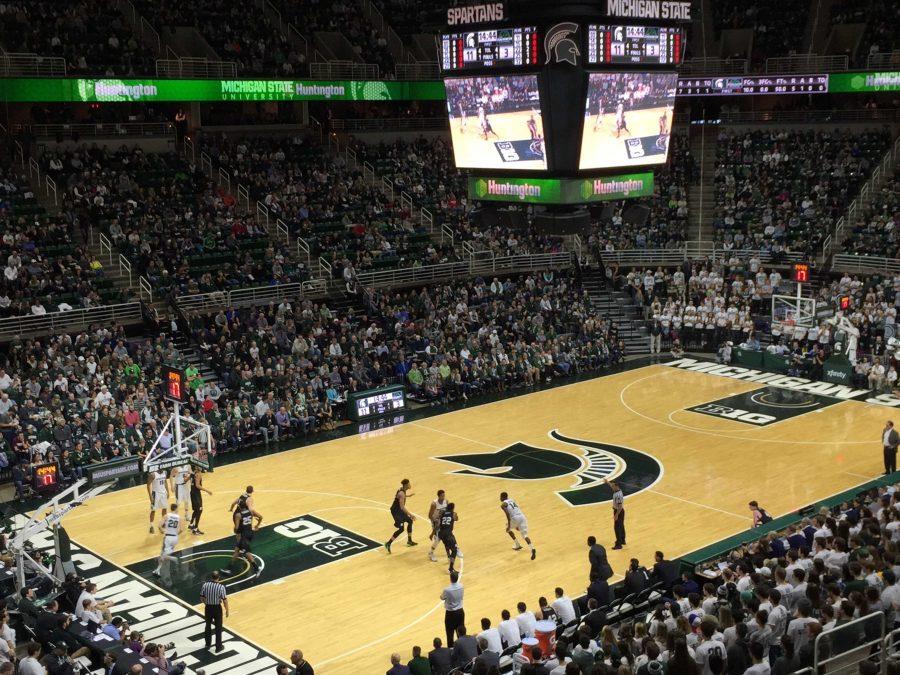 It’s not too often that you see the top-ranked team in the land travel to play a mid-major team from a smaller, lesser-known school.

But that’s just what Michigan State men’s basketball is doing this weekend, as the Spartans look to keep their undefeated record intact against the upset-minded Northeastern Huskies.

This game is part of a larger series, dubbed “The Winter Showdown”, between Michigan State University and Northeastern University. The two schools will pair their women’s basketball teams together Friday. Early Saturday afternoon, the men’s basketball teams will duke it out (tipoff 12:30 PM EST, NBC Sports Network). Immediately following, the ice will be prepared for a men’s hockey game that night.

All three contests will be played at historic Matthews Arena, which is the oldest multi-purpose athletic building in the world. Its doors opened over a century ago in 1910 and has been the home of both the Boston Bruins and Boston Celtics.

In a historic venue, the near-consensus No. 1 Spartans (11-0 overall) will be looking to create some history of their own. A win over Northeastern would tie the best start by a Tom Izzo team, matching the 2000-2001 Spartans led by Charlie Bell and Jason Richardson. That team, ranked in the top five all season, went on to win a Big Ten championship and a Final Four berth.

More and more, this season’s expectations are gravitating into that special territory. With senior guard Denzel Valentine playing like a surefire All-American, and key contributions from Bryn Forbes, Matt Costello, Eron Harris, and Deyonta Davis, the Spartans are truly playing like the best team in the country.

But the best team in the country will always get their opponent’s best shot, so nothing less is to be expected from a dangerous Northeastern team that owns a victory over the No. 15 Miami (FL) Hurricanes.

Player to watch: Senior guard David Walker. A 6-foot-6 guard from Stow, OH, Walker is the catalyst for the Huskies. He averages 21.5 points per game this season and has topped 30 points twice. He is lethal from deep, shooting close to seven three-pointers per game and hitting over 46 percent of them. He has averaged more than 36 minutes per contest for the last three seasons, so he doesn’t fatigue easily. Look for him to be guarded by the Spartans’ do-everything Player of the Year candidate, Denzel Valentine.

Series history: This is the first-ever matchup between Michigan State and Northeastern. The Huskies will travel to the Breslin Center next season to close out the home-and-home series.

Trends: Northeastern is 0-2 against teams from the state of Michigan this year, losing to the University of Detroit-Mercy and Western Michigan. Northeastern is 3-0 at home this season.

Did you know? After winning the CAA title last year, Northeastern earned an automatic NCAA tournament bid, their first since 1991. The Huskies, a 14 seed, nearly upset Notre Dame in the first round, losing 69-65.