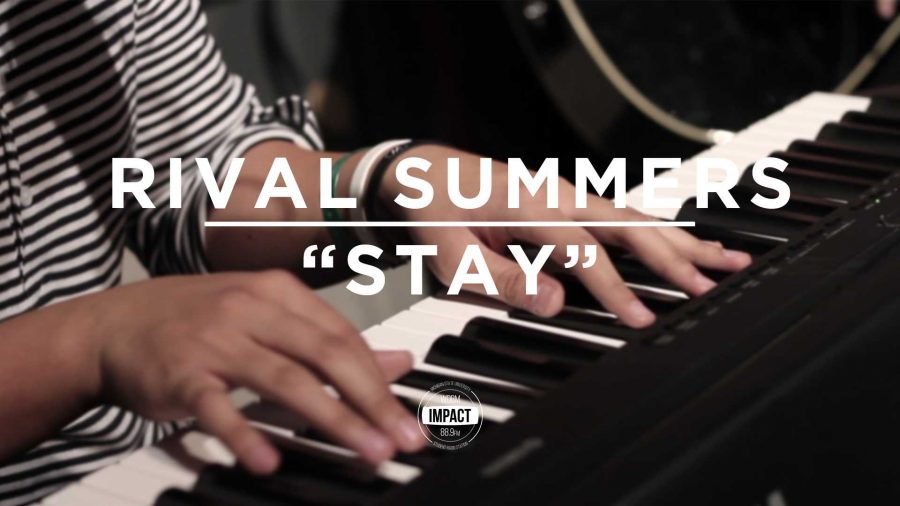 Native Michiganders Leo Bautista and Sam Ridgell, better known as Rival Summers, performed thier song “Stay” in the Impact studios during our specialty show The Basement. The duo was joined by guitarist/vocalist Jason Singer of the band Michigander during the in-studio performance.

Rival Summers is a pop band from Detroit. They have released two EPs and two full lengths and are currently working on their upcoming album due out in 2016.