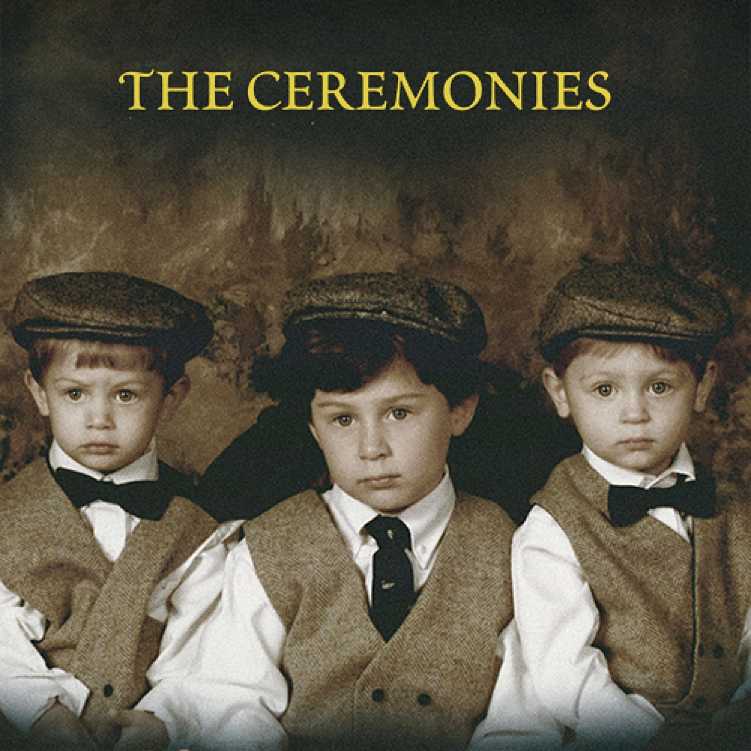 What do you get when siblings make music together? The Jackson Five, Donnie and Marie, HAIM… some pretty exciting stuff, that’s what. Another sibling trio to grace our presence with their talents are The Ceremonies.

Matt, Mark, Michael and recently added member Kane (Mark and Michael are fraternal twins and Matt is the eldest) started up in 2012 (Kane was not a member when the band started but I’m sure he’s considered a brother from another mother by the others) and released their self titled EP in 2013. They were featured as an MTV ‘Artist to Watch’.

Ballroom Bones is a song from which you don’t know what to expect, but you know it’s going to be good. The vocals are entrancing and the songs make you feel like you’re headed to some sort of wonderland. As it continues, the beat is powerful, yet not overwhelming, so you can jam out but not get distracted from the rest of the music’s elements.
This is my favorite song on their EP and who knows, it could possibly be yours, too. Give the EP The Ceremonies a listen. It’s available on the band’s soundcloud.