More than a Game: These Showdowns are Personal 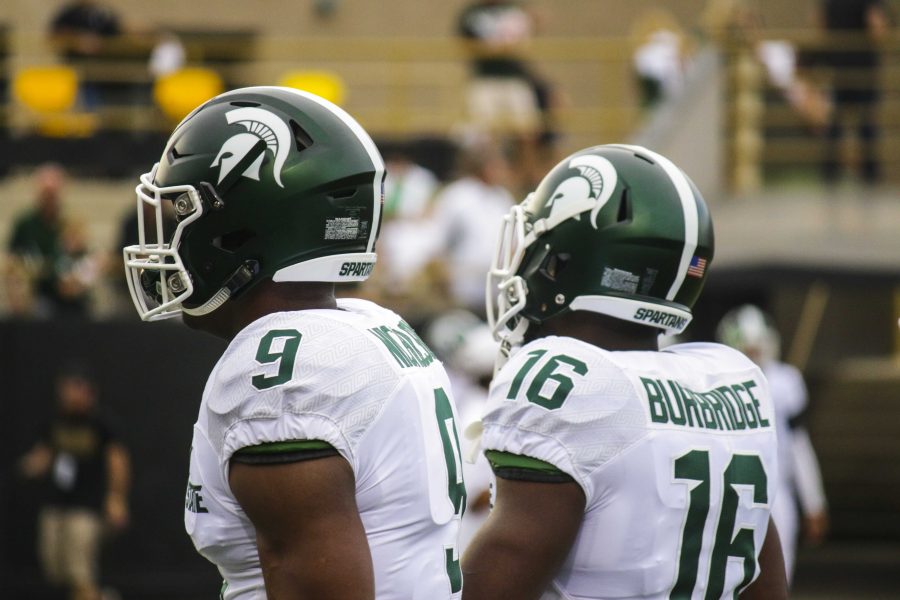 With 2:54 right before the half, and Penn State putting together a successful drive to pull within three, MSU defensive back and Pennsylvania native, Demetrious Cox scooped up a fumble and took it 77-yards for a score cutting across the field on his way with Darien Harris and Darian Hicks as his convoy.

This play right before the half kick started a 55-16 victory for the Spartans to place them in the Big Ten Championship Game.

Michigan State uses the ‘no respect’ from the country as motivation in every game. Yet, no one mentions the personal inspiration when non-Michigan natives face their hometown team.

Just a few weeks ago, Michael Geiger – a Toledo, Ohio native – sent one through the uprights in the Horseshoe to give Michigan State’s biggest win thus far this season, as they knocked off the defending national champs.

After the win, Geiger mentioned as a kid he frequently pretended to be on that stage in his backyard, kicking a game winning field goal against the Buckeyes. It was personal for Geiger, saying he always dreamt beating ‘that’ team.

This weekend there is another story – however this time it is a Hawkeyes playmaker who will try to crush the Spartans’ dreams.

A Detroit, Michigan native, Hawkeyes cornerback Desmond King is arguably the best defensive back in the entire nation. Tied for first in all of college football for most interceptions with eight on the year. He was recently named the Tatum-Woodson Defensive Back of the Year award in the Big Ten Conference. Also, King was named first-team All-Big Ten by vote of league coaches and media.

“Desmond King is an outstanding player – I still can’t believe he got away,” Michigan State head coach Mark Dantonio said.

Dantonio and Michigan State did in fact look at King coming out of high school, but the trigger was not pulled due to the lack of roster space on the Spartans depth chart.

In addition – King is one of three finalists for the Jim Thorpe Award, given annually to the best defensive back in the country.

This Saturday, King has the entire world watching and will try to showcase how talented he is, as he will have to defend the best perimeter playmaker for the Spartans, Aaron Burbridge.

Burbridge, who had a breakout campaign this season, is up for the task and is ready for the challenge.

The Spartans wide out leads the team with 75 receptions for 1,158 receiving yards and seven touchdowns. Including a remarkable double spin move acrobatic touchdown grab last weekend versus Penn State.

The receiver also collected the Big Ten Receiver of the Year award, and first-team All-Big Ten.

It is hard to predict how much King and Burbridge will go toe-to-toe this weekend. Will King stay on one side the entire game? Or will King be locked in on Burbridge? One thing is for certain: these two competitors will have plenty of opportunities to impress NFL scouts, and will put on a show for every fan watching.