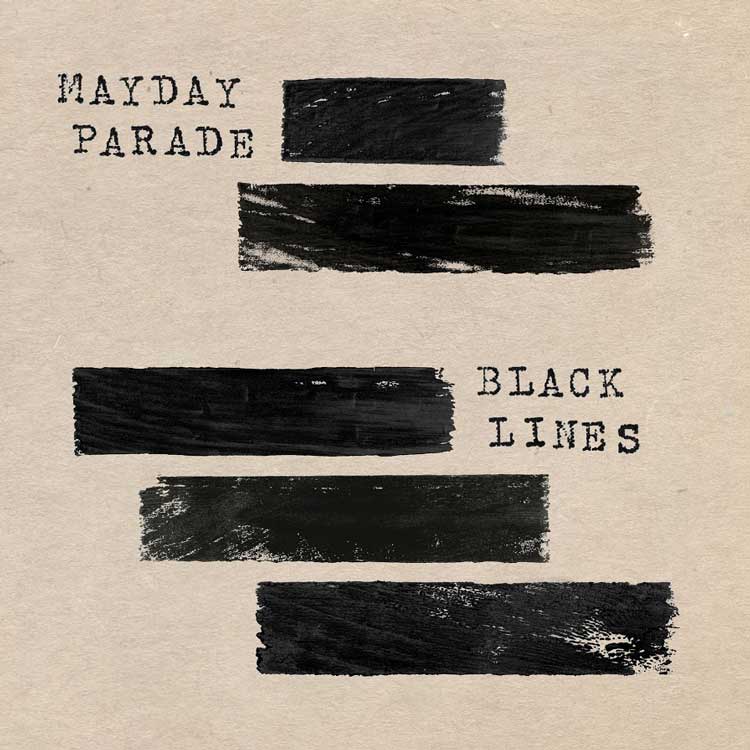 Mayday Parade is back and at it again. They have released their 5th studio album titled Black Lines, and it is a great one (it has been a month and a half but so good, its still worth talking about). But, of course, I would expect nothing less from a band who has never let me down before.

For a good majority of the album, the guys of Mayday stuck to their sappy roots with songs such as “Letting Go”, “Until You’re Big Enough”, and “Look Up and See Infinity, Look Down and See Nothing”. And while the slower, sappy songs are usually my favorite ones that Mayday has released (for example: “Miserable At Best”, “Terrible Things”, and “One Man Drinking Games”), I would have to say this album is different. I seem to find the slower songs on this album quite slow and slightly boring to listen to, which is kind of disappointing because I can really appreciate a slower, dramatic tune, but just not these ones as much.

I would say that the songs on Black Lines that need to be raved about are the ones that I never really expected to come out of a band like Mayday Parade. The main song that comes to mind is the first track on the album titled “One of Them Will Destroy the Other”. I do consider Mayday to be a pop punk band, but I would say they are much more on the mellow side of the spectrum. This song surprised me, though. It features vocals from Dan Lambton of another pop punk band known as Real Friends, and it really kicks the album into gear with the slamming percussion and the raw emotion that is heard coming out of frontman Derek Sanders’ vocal chords. I was highly impressed.

Another song that really sticks out to me on the album is “One Of Us”. It starts out with what I would consider Mayday’s “typical sound”, but then it evolves to the more ragged and raw emotion that the rest of the album has. It is really the song that is the best of both worlds on the album. Not to mention, it is a very uplifting song lyrically, so placing it at the end of the album I think really ends it on a high note.

I just feel like this album is a lot more down and dirty than previous albums that Mayday Parade has released, but in a good way. They have always been an emotional band, but I feel like this tops it. The vocals aren’t as clean cut as they normally are, and it makes for a surprising, yet wonderful, sound to their newest album. I must be honest (Mayday Parade even tells me to in their song “Let’s Be Honest”) though and say their older stuff will always be hold a special place in my heart and will probably always be my favorite. I do not really know if they can fully surpass “Miserable At Best” in my eyes, but that is just a side note and not at all to take away how great this new album still is.

Along with the album, Mayday Parade released a documentary titled “Three Cheers for Ten Years” that follows the band through the past ten years of their career, and leads into the future. It’s quite an emotional piece, especially for people who have been fans and following the band for all ten years, or pretty close to it, like I have (for the past seven years). But, even a nice watch for newer fans, as well, so make sure you check that out alongside Black Lines, and see how far they’ve come!

Mayday Parade has really evolved in their sound with this album, and I would have to give it an 8 out of 10 stars.