Wiped Out! | The Neighbourhood 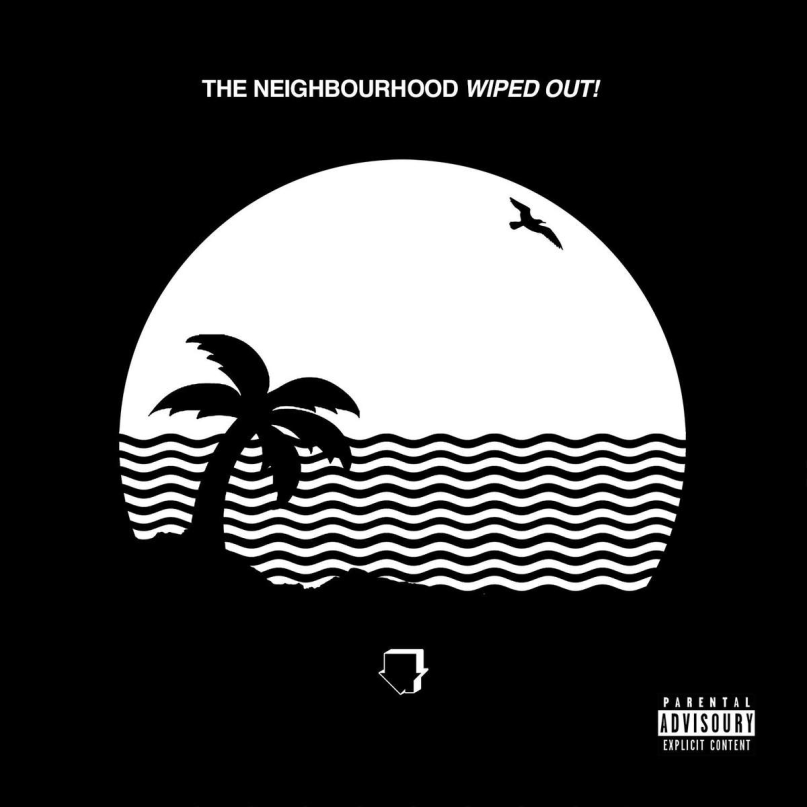 “It’s been 84 years…” or at least that’s how it seemed. But it finally came: the second album from The Neighbourhood was finally here. I could calm down, relax, and let all the anxious nerves be swept away by my favorite SoCal boys.

Two years after the release of their debut album I Love You and a year after the drop of their mixtape #000000 & #ffffff  (for those of you who aren’t familiar with hex codes, that’s black and white), Wiped Out! was highly anticipated by fans, especially since the past year has been somewhat of an emotional ride for the band’s lead singer and songwriter Jesse Rutherford. But they knew that the music that would follow would be close to perfection.

Their first single “RIP 2 My Youth” was released in August and made a bold statement as to what to expect for the album. With powerful lyrics, the song really makes you think about life. One of the most powerful bars, “I was naive and hopeful and lost/Now I’m aware and trapped in my thoughts,” really hit me hard, especially dealing with the stresses of growing up and becoming an adult. Turns out, that’s exactly what the song is about, as tweeted by Rutherford in August.

#RIP2MYOUTH is my realization that i am in a fucked up world.. it's really more about accepting responsibility than it is about growing up

Some of the songs definitely have vibes from both of their EPs and their first album, but Wiped Out! also brings its own style. A song that demonstrates that perfectly is “Baby Came Home 2/Valentines”. I was so excited to see this song was on the list. The original “Baby Came Home” from the 2012 EP I’m Sorry… has to be one of my favorites to this day. The second one is almost a follow up of the story being told. It’s about two young lovers who aren’t meant to be but try to make it work as best as they can. “Valentines” ends the past and start writing a new story about finally realizing they aren’t good for one another and finding a love that’s really real. “Wiped Out!”, sharing a title with the album has the feel of both old and new, but it shows growth within the band as well. One of my favorite tracks on the album, it highlights the creative process the band had creating  the album, really being showcased during the song’s breakdown from 2:46-4:57. Starting at 3:19, the breakdown gets intense, symbolizing a metamorphosis in the lead singer.

“Greetings from Califournia” is a beautiful, calm song, yet somehow badass at the same time. The beginning and chorus are so calm, reminding you of something straight out of California, but the verses are a burst of energy. The song reminds me of a suburban couple that has a typical white picket fence life during the day and at night time change into a Bonnie-and-Clyde couple. I have a cool music video concept in mind. Let’s hope the boys’ management can hit me up. Have their people call my people, which is just myself.

Now, let’s get down to the emotional music. The slow ones make you feel all sorts of things; you know exactly what I’m talking about. The ones that make you miss people or make you feel lonely. While the band is far from R&B, Rutherford definitely has the vocal ability to go there. “Daddy Issues” showcases Rutherford’s sultry side. The music fits the vocals perfectly. While the song doesn’t talk about, you know, “doing the do,” it does talk about his relationship with a girl who has daddy issues as well as himself. With Jesse’s father passing in August of 2014, adding on to the year of emotional madness, Rutherford uses this album to release a lot of pent up emotions and feelings. “I didn’t cry when you left at first/But now that you’re dead it hurts/This time I got to know/Where did my daddy go? Real life lyrics that’ll make you stop and go, “damn.” Another one that gets you all in the feels is called “The Beach”. This one sounds very sad, but yet so beautiful; it makes you unsure if you’re crying tears of joy or sadness. It moves you. “I’m sick and I’m tired, too.” Doesn’t that sound like something that we’ve all said about a billion times? But when Rutherford sings it, it makes you remember all the times you were sick and tired of being sick and tired.

The album doesn’t feature any artists, which says a lot about the band’s style. While members of the band have worked with other artists, The Neighbourhood’s artistic style cannot be shared. The music they make is signature and the credit shouldn’t be divided by having anyone else’s name on it. Their music brings a feeling of a relaxing sadness, but one that you’d welcome instead of rejecting. Their songs bring a sort of a nostalgic feeling of reminiscing on memories and moments spent with someone instead of actually missing the person.

I have no doubt this band is just going to get more creative and open to creating different yet sounds that are still signature to their style. Every single song on this album is fantastic. The Neighbourhood is definitely one of those bands that makes me proud to have followed them from the start. I’m proud of them on a personal level. From their first EP, to the last song they ever make, I’ll be there. I am proud to be a “Hoodlum”.
Wiped Out! is available now. While you’re at it, give their first album I Love You and their EPs a listen, too.