Return to the Moon | EL VY 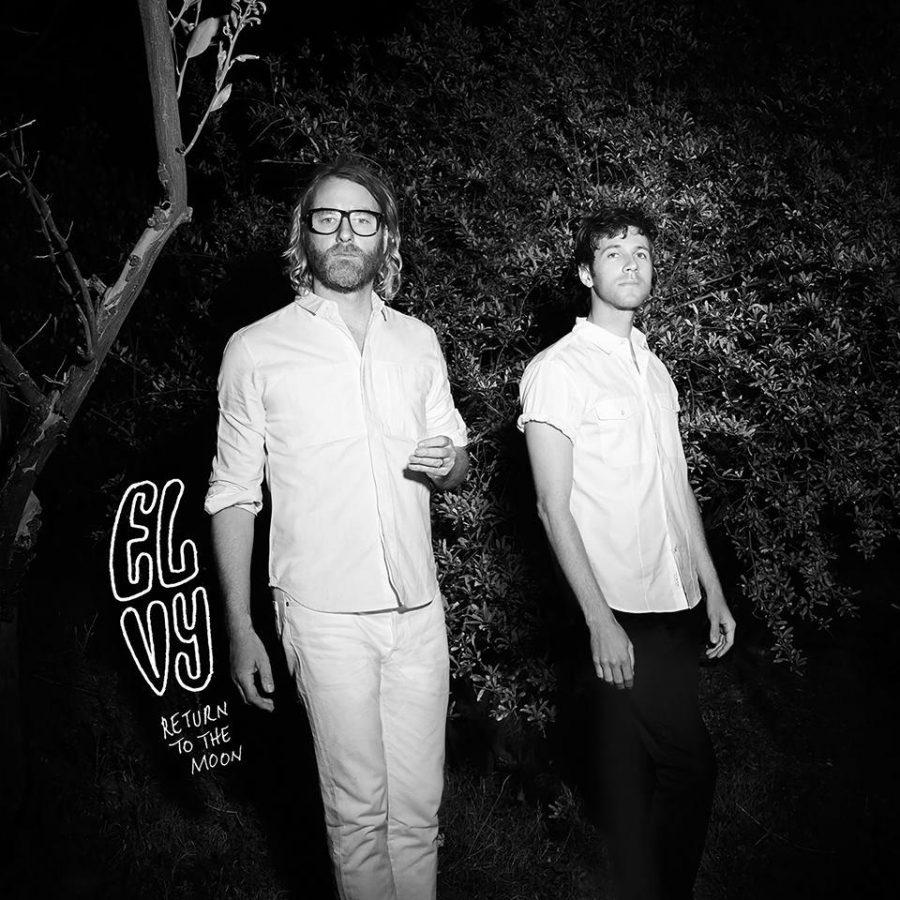 In 2013, The National released their most recent album Trouble Will Find Me. Then in 2014 Tom Berninger, brother to The National’s frontman Matt Berninger, created and released his documentary Mistaken for Strangers, which profiled the band as well as the relationship with his brother. But that was the last time we heard from The National’s lead vocalist, Matt Berninger. However, in August, Berninger and Brent Knopf of Menomena and Ramona Falls, released their first single from their upcoming album: “Return to the Moon (Political Song for Didi Bloome to Sing, with Crescendo)”. The single was the first sign and introduction of the old friends’ new band named EL VY.

Fast forward three months, and EL VY has released their debut album as they titled none other than Return to the Moon. The initial single and title track off the album is something funkier than Berninger normally tends to be in The National. But it may be unfair to compare EL VY to the fine mope-rock science that The National has created time and time again. The album opens with “Return to the Moon”, by far the most upbeat track on the album, while also still showcasing Berninger’s dark humor. “Went to bed and woke up inside another man’s head / nobody noticed” he sings while backed by a funky bassline, hand claps, and alternating piano and guitar riffs.

With “Return to the Moon” being the first song off the album, I expected to hear a more optimistic sound from EL VY in addition to Berninger’s low and dark vocals mellowing out the sound as a whole. But instead we get more dark story telling from Berninger. Tracks like “Paul is Alive” and “Silent Ivy Hotel” with their half-time skip and drunken vocals follow “Return to the Moon” and offset the funk that EL VY used to introduce themselves.

Although it may not be fair to compare EL VY to The National, it’s hard not to when Berninger’s vocals are essentially repeating what they have done before. The piano lead and slowed down tracks “No Time to Crank the Sun” and “It’s a Game” could have easily been songs cut from the end of Trouble Will Find Me. While the loud and echoed guitars overpowering “Sad Case” and “Happiness, Missouri” could be snuck right into The National’s 2007 album Boxer.

So essentially, what Knopf and Berninger have left us with is a side project. Return to the Moon is an alright album. Is it anything Earth-shattering? Not particularly, but there are a few tracks that sound different than what they’ve created before. “Sleeping Light” is a track that The National would never dare to dream, but maybe Menomena would. “Silent Ivy Hotel” was a great song for the Halloween season, with its spooky themed lyric video, and could be argued as something that neither The National or Menomena would construct on their own. But for that reason, I wouldn’t call Return to the Moon a cohesive album. From their Instagram posts in early August learning to surf, to their matching sweaters at their KEXP session, it’s more clear that EL VY is a good time. It’s an excuse for two old friends to hang out and do what they both love: make music. They’re not looking for a Grammy nomination.