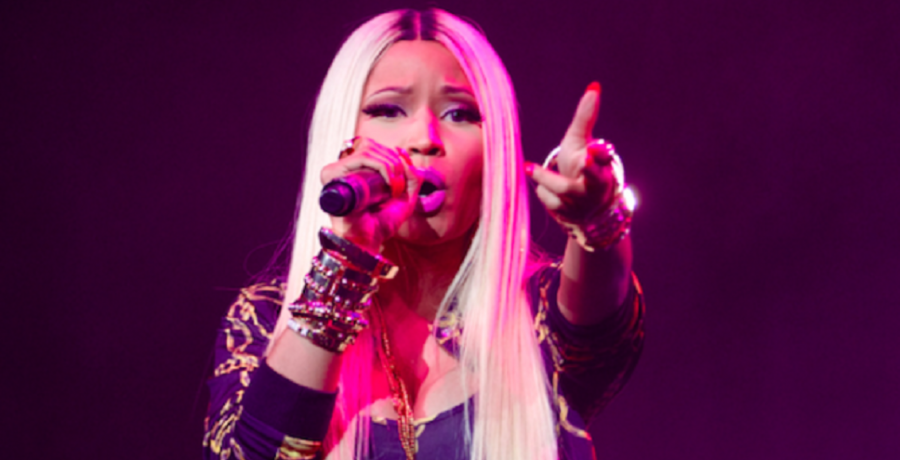 We all know that Nicki Minaj is queen, no doubt. Killing the rap game for years, she has dominated left and right on her own tracks and the tracks of other artists. To show how much I appreciate Miss Minaj’s work, here are my top 10 Nicki verses in no particular order.

This track was a crowd pleaser. Yes, the song is a banger as a whole, but everyone was talking about one particular verse: Nicki’s. She proved she could hold her own against all three hip hop veterans and that she is clearly a monster when it comes to this music thing. People actually skip to the part where she starts (around 3:34, if you’re one of those people). She was the last on the song, but they truly did save the best for last. I can’t even say “first things first” without finishing the verse.

I’m taking it back for this one. Yes, the mixtape days when little ol’ Nicki was first making waves on the scene. This entire song is pure F I R E. Even though she sampled Soulja Boy’s “Donk”, when those claps start, you’re most likely to start singing this instead of the original. Nicki even coined the phrase “I don’t even know why you girls bother at this point” which everyone, at least in my hometown, used when they were feeling themselves. Let’s not forget, “I win, you lose. HAHAHAHAHAHA,” when you wanted to taunt someone.

This song does not get the attention it deserves. Nicki delivers, bringing Cassie in for vocals on the chorus, and taking care of the rest for the verses. The best verse Nicki brings in this song is the last (starting at 3:02 from the video), and let me tell you, she doesn’t hold back. I literally sat down and had this verse on repeat just to learn all the words (I’m very dedicated) and she goes so fast and effortlessly it makes you want to try. Remember to breathe, though.

Another oldie, but a goodie. A “five star chick” is highlighted for sure in this one because, again, Nicki holds her own with rap veterans, including fellow female MC Trina. When you think of this song, though, no one really even remember Trina’s verse; it’s pretty much all Nicki.

This song was a banger. Even my aunt loved it. While all the verses were great, hands down Nicki took the cake. Still a little fresh on the scene, Minaj was just what the song needed. Also, it’s a must to note how cute and kooky she looked in the video.

“It’s going down…” because you already know what’s up with this one. Do I really even need to go on? It wasn’t Minaj’s track at all, but she sure did snatch right from underneath the original artist. Sorry, Luda.

I can’t tell you how excited I am to turn 21 just to go the bar and order exactly the way she rapped it. Trey is a big name is the R&B industry, but again, this isn’t a song people necessarily listen to for him. Minaj steals the thunder, yet again.

You knew Nicki was going to go H A R D when she started the song off with, “I am not Jasmine, I am Aladdin.” Leave your gender stereotyping at the door because Minaj is not here for your pretty princess bullcrap, she’s here to kick down doors and take names. Partnering with who some might consider one of rap’s greatest, the entire song is just pure energy from start to finish. The last verse in particular, Minaj takes her aim at her alleged target and delivers.

This one’s from her latest album, The Pinkprint. When an artist that’s on top takes a break, don’t think they won’t come back and snatch your soul away. (Hello, Adele much? Pun intended) When other female MCs started to enter the game, people thought Nicki wasn’t going to retain her title for long. Incorrect. “Want Some More” shows why you should never underestimate her. The best has to be the first verse because she literally breaks down just a small amount of her accomplishments in the industry so far and how you should be worried about what’s to come. Yes, Nicki. Let. Them. Know

I’m rounding off the list with another throwback jam, but this particular verse is very important. The song is Young Money’s, Nicki being the only woman featured in the more popular chunk of the company royalty. Although she wasn’t the last featured (finally), she did play a big part in what Young Money’s image is. When you think of the group, you think of the Trinity: Wayne, Drake and Nicki. Being featured on a song with all the newcomers so early, Nicki used this verse, in my opinion, to claim her territory not only in the music game as a whole, but in the Young Money domain as well.

So, there you have it. Nicki Minaj clearly came into the game with a mindset of conquering and has done just that. If it were up to me, her entire discography would be on the list with paragraphs upon paragraphs as to why they’re all great. An honorable mention goes to Usher’s “Lil Freak” verse. I mean, come on. Who do you know can make a reference to Santa’s reindeer in a song and make it sound totally normal? Only Nicki Minaj, that’s who.