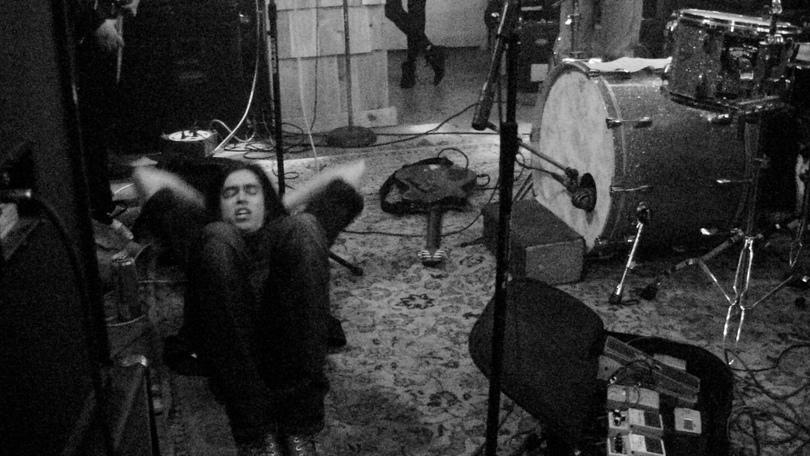 On October 25, I had the pleasure of getting to meet and watch breakout artist Alex G perform at The Pyramid Scheme in Grand Rapids, MI. The band Title Fight was the headliner for the evening, and put on a fantastic performance. However, it appeared that a decent portion of the crowd, like myself, were also there to hear bedroom pop prince Alex G.

We all love when our favorite artists actually turn out to be good people. To start the night off on cloud nine, I jumped at the chance to meet and chat with Alex G while he was selling his own apparel and albums at his merch table. Alex was more than personable while working sales; as each fan approached the singer/songwriter’s table, he welcomed their conversation and never cut them short.

When Alex G opened his set with the smooth sounds of “Kicker” off of his newest album Beach Music, the crowd responded with excitement and synchronous head bobbing. Later in his performance, Alex transitioned from Beach Music’s laid back melodies to some of his older tracks. In “Ice Head”, the performance took on a more grungy air as he screamed and stomped his way across the stage with the ferocity of a toddler with diaper rash.

Alex G is proof that you do not need laser lights or the ability to juggle fire to put on a memorable show. From his refreshing originality and humble nature to his expertly curated set, Alex G has continued to prove himself to be an artist worth paying attention to and an authentic person.