Why I’m Obsessed with Børns and Why You Should Be, Too 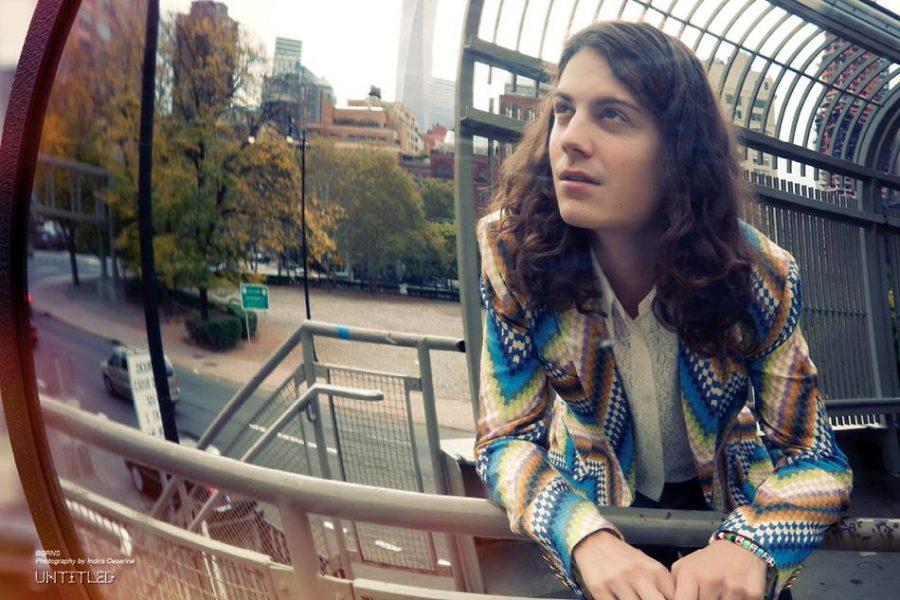 Borns photographed by Indira Cesarine for The Untitled Magazine

If you haven’t heard of Børns, I want to ask 1) How? and 2) Do you believe in treating yourself? My job here is to convince you why should give him a listen. In the words of a wise man named Tom Haverford, “Treat yo self!”

This young man, a native to Grand Haven (shout out to fellow Michiganders) is a sensational artist. His debut album, Dopamine, is nothing short of amazing and quickly increased his popularity in the genre of indie-pop. Discovering his music was one of the luckiest things to happen to me, and I have nothing but faith in him. You can quote me on this when we’re both super famous.

So, what’s the deal with my obsession with him? It all started with the song “Electric Love”, which was one of the singles from his EP Candy, and is also on the debut full-length. That beat pulled me in. I was jamming and then my attention was brought to the lovely sounds of the word “ahh” being sung. (Don’t ever ask me to sing it, I don’t sound as great as him and you will regret it.) Then this soft-voiced angel came in, and I was even more tantalized. But the real kicker here is the chorus. When Mr. Børns gets to the chorus, let me tell you, he BRINGS you to the chorus. “Your electric looooooovvveee” is all I heard and I’m pretty sure I was hypnotized the entire time. He’s got vocal range like no one I’ve ever heard. I had to have the whole Candy EP on repeat every day.

Fast-forward to Børns announcing his new album that would drop October 13, 2015, and that he was touring with Charli XCX and Bleachers. I dropped whatever it was I was doing (tumblr, probably) and searched to see if he was coming to Detroit. Thank baby Jesus they were and I knew I was going simply for him, knowing he’d be the opening act. That didn’t matter to me, I was going to see this insane talent live.

August 11 rolls around and I’m pumped. Today was the day. I walk inside The Fillmore Detroit and once the lights go dim I know it’s time. Børns and his band come on stage and he is nothing short of a precious baby deer, a fawn if you will. Børns was an opening act, yes, but he certainty didn’t seem like it. From the moment he opened his mouth, the crowd paid ATTENTION. They may have entered with no idea of who he was, but the sure did leave with some idea of the majesty. He also announced that his debut album would be released and October and that’s something I definitely took note of. I met him afterwards and he was the sweetest person.

Fast-forward again and it’s finally time for me to have my ears blessed by the album Dopamine. I saw the tracklist had familiar names like “10,000 Emerald Pools” and “Past Lives” but I was ready for the newer ones, or so I thought.

The vocals, man. The vocals. Børns may be known for those high ranges he can reach, but he can get down low and smooth. I’m talking vibes from Motown or some jams from an old-school playlist.  “Fool” is something you should listen to right now if that sparked your attention.

Some of my personal favorites are “American Money”, “Holy Ghost” and” Clouds”.

Lorde even tweeted about “American Money” and said she was “feeling goooooood” and mentioning Børns.

“Clouds” brings the feeling of calmness. The focal point of the song is the music itself. A simple drumline and subtle guitar chords makes you zone out and just escape, while his soft vocals make you feel like everything is going to be ok. It’s like getting a hug from a song.

“Holy Ghost”, however, is the opposite. This one makes you want to move. I’ve heard the song about a billion times now and I still love it. He delivers with those vocals, as usual, and it’s just such a feel-good tune. He wants to “satisfy your soul” and I can wholeheartedly say my soul is very satisfied.

Børns: hats off to you, sir. Your debut album was not something you took lightly and you showed the world what you’re made off. People are going to be talking about you for a long time and I’m glad to be a supporter from the start. Keeping making and “feel that stream of dopamine” every time I listen to your music!

I’ve been suggesting him to people left and right and received nothing but positive responses, so this is me extending my suggestion out to you. Go have yourself some “me time” and give Børns a listen.

Børns will be at The Shelter in Detroit on December 16.