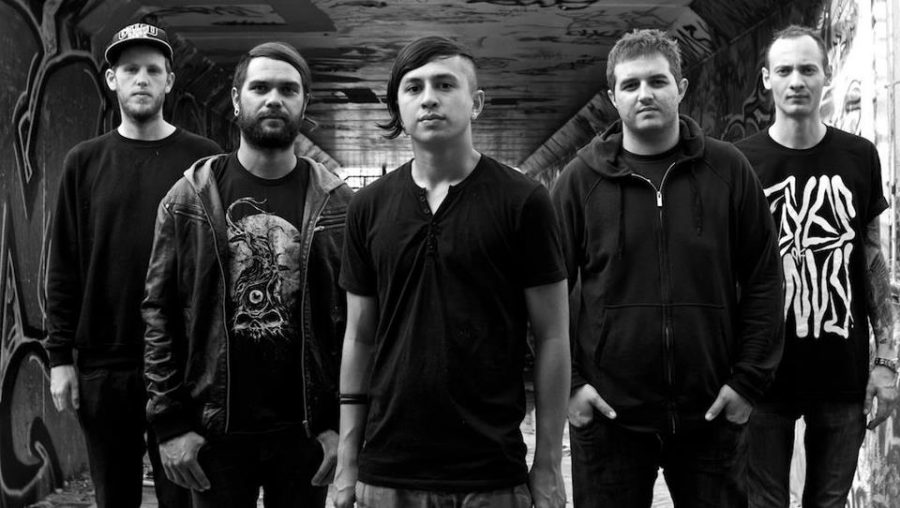 In Case You Missed It is Impact’s series about bands who never made it into a very bright spotlight, but heavily influenced their respective genres and fans.

I have become convinced over the years that bands or artists are dismissed as ‘generic’ or boring when they fail to use their genre effectively, not when they fail to innovate. Bands often sound formulaic: “Oh, well we’re a metal group, so we better put an unnecessary and forced guitar solo somewhere in this song,” or “I’m a country artist, so I’m bound by intergalactic law to sing about trucks, beer, coquettish girls, and dirt roads.” But artists who use their respective genres as a foundation instead of a mundane checklist can shine through the monotonous scene without writing anything innovative or really even different.

The metalcore band Saviour exemplifies my belief. Hailing from Perth, Australia, Saviour formed in 2009 and released their debut album, Once We Were Lions, in 2012. On the surface, their debut appears to be another run-of-the-mill metalcore release, laden with breakdowns, chugging guitars, and gang vocals. However, Once We Were Lions is also brimming with feelings of fury, disgust, anguish, and regret. While so many other metalcore bands fall short of conveying the emotion behind their lyrics, Saviour flourishes. Pissed off stanzas are backed by crashing breakdowns and enraged vocals, while emotional climaxes are led by powerful yet classy guitar bridges. Saviour even enlists the hauntingly hypnotic voice of Shontay Snow to represent the softer side of internal turmoil. Each emotion is fully fleshed out, and the raw power of the album can send chills racing down my back even today. But the impact Once We Were Lions had on me pales in comparison to Saviour’s sophomore release in 2013, First Light to My Death Bed.

First Light to My Death Bed is Saviour taking their knack for crafting emotional songs and turning it up to eleven. The lyrics tell a story of two jaded degenerates who fall in love, believing they can make up for each other’s troubled pasts and shortcomings. Interestingly, Saviour wisely used Snow again to voice the perspective of the female protagonist, while vocalist Bryant Best covers the male. We listen in horror as their relationship degrades more and more after each song. Saviour’s masterful musicianship conjures all of the unadulterated rage in the couple’s venomous fights and their individual agony. With their relationship on the rocks, the story takes a turn for the unimaginable, as the male protagonist finds his love dead from suicide by drug overdose.

The entire album is heart wrenching. Fans started referring to Saviour’s genre as “Feelscore” because of the LP’s depressing mood. Indeed, very few albums have left me as emotionally drained as First Light. And yet, Saviour’s sophomore album still consisted of the same basic metalcore characteristics. Sure, there was a lot of additional maturity and growth in their songwriting, but the base of their songs was the same. Saviour had adequately proven that genres aren’t meant to constrict artists. Instead, they give them a foundation for true creativity.

Going into 2014, Saviour had two solid albums under their belt, had been playing some great (I’m assuming) Australian shows, and a relatively small but intensely loyal fan base. Things were certainly looking up for the small band from Australia. Sadly, Saviour announced they were breaking up just a week into 2014. They played a few more farewell shows before officially calling it quits, but it wasn’t a satisfying end at all for the talented hardcore kids. I, along with thousands of other fans, felt the scene had lost something special. For the past two years, I’ve found myself wishing Saviour was still around every time I loaded up some of their music.

And my wish was granted. A few weeks ago Saviour announced on their Facebook page they were reuniting. Teasers about the writing process have me beyond hyped for what the band will release in the coming months. Hopefully whatever they release will be accompanied by a long-awaited North American tour and a convenient concert date in Michigan. Actually, I don’t even care if the date is convenient. If Saviour announces a show somewhere within a few hour radius of East Lansing, come hell or high water, I will be at that concert.