Spartan Basketball with Many Reasons to be Optimistic 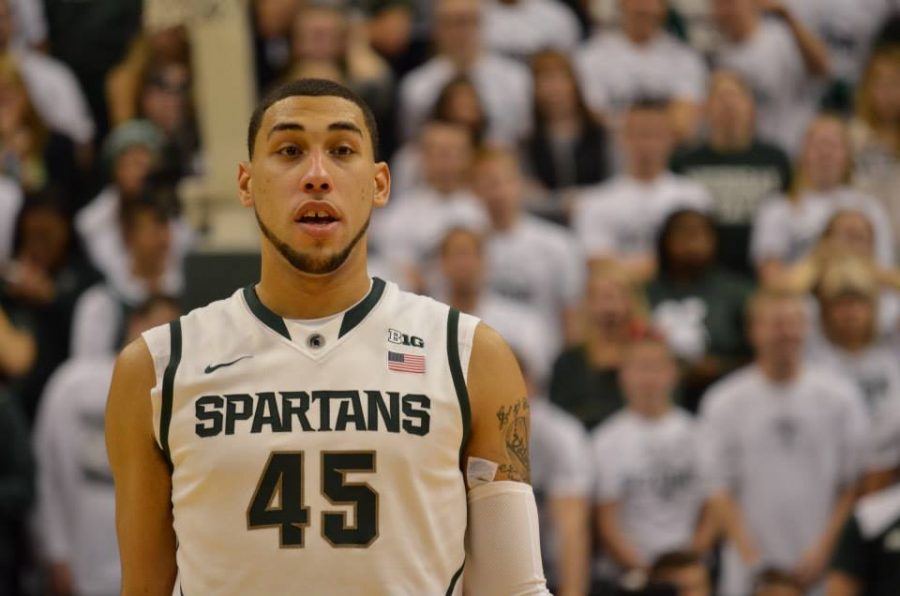 With just a few days before MSU basketball head coach Tom Izzo does something along the lines of shooting himself out of a cannon or dressing up as a member of the band KISS at Michigan State’s annual “Midnight Madness,” and just over three weeks before the Spartans tip off the regular season, the Spartans have more to be excited about than an Izzo spectacle or scoring four of the top recruits in the class of 2016.

“I’m sick of getting there and losing, if you want the truth,” head coach Tom Izzo said when asked about last year’s Final Four. “We got to finish the job, take it to another level.”

Can you blame the man? In Izzo’s illustrious career at Michigan State, he has taken his team to seven Final Fours, but only twice has he reached the finals, and once has he led the team to a championship. And the one thing Izzo hates more than losing in the Final Four is when the loss comes against Duke.

Spartans really emotional walking into locker room. Izzo muttering: “I’m so sick of losing to them”

That could explain the extra fire Izzo had at Tuesday’s press conference and why he has been pushing for multiple top 100 recruits in the class of 2016.

Even if the No. 1 recruiting class including names like Bridges, Langford, Ward and Winston, is for 2016, there are still a lot of weapons left on the 2015 roster, which leaves Izzo hungry for his second National Championship.
Strong Senior Three-Point Shooters
Denzel Valentine shot 41.6 percent from behind the arc last year and the former Cleveland State star Bryn Forbes shot 42.7 percent from three-point range, a career-high, in his first year at MSU.

With the lack of big man play and new power forward Deyonta Davis only being a freshman, taking and making three’s will be crucial for MSU to stay in games.
Harris Will Be One of the Best in Big Ten
Despite having to take a year off due to NCAA transfer rules, Eron Harris, the former West Virginia star, was rated the 71st best player in college basketball by CBS Sports. While at WVU, Harris averaged 17.2 points a game and a 42.2 three-point percentage. Big Ten Network’s Sean Merriman see’s him as a possible first round pick in next year’s NBA draft despite only being junior status.

The only question that remains is how Harris will square up against a tough Big Ten conference and how the Spartans will incorporate his sharp shooting style play.
Deep Guard Play
It is the depth the Spartans possess with junior Alvin Ellis III, sophomore Tum Tum Nairn Jr. and the two freshmen Matt McQuaid and Kyle Ahrens that will make the Spartans deadly come March.

Tum Tum may arguably be one of the quickest players in college basketball and the fact that he was starting games during the NCAA Tournament as a freshman makes him an experienced player to come off the bench.

Although Ahrens is plagued by a leg injury at the moment and we have yet to see what McQuaid can do, it will be exciting to see what the two 6-foot-5 shooting guards, who both love to drive to the hoop and shoot the three, will accomplish when Izzo inevitably puts them in against the early opponents. The two will not only be fighting to keep their spot on the team this year, but they will also have to be thinking about next year when MSU brings in some of the top guards in the country.

Right out of the gates, as usual, Izzo has his team playing some of the elite programs in the country. November 17, the No. 13 Spartans take on the No. 5 Kansas Jayhawks in Chicago in the Champions Classic. On December 2, MSU will take on the Louisville Cardinals. And to top it off, MSU faces the Florida Gators on December 12.