All Eyes on Ann Arbor: Dantonio, Harbaugh Clash in Rivalry Game for the Ages 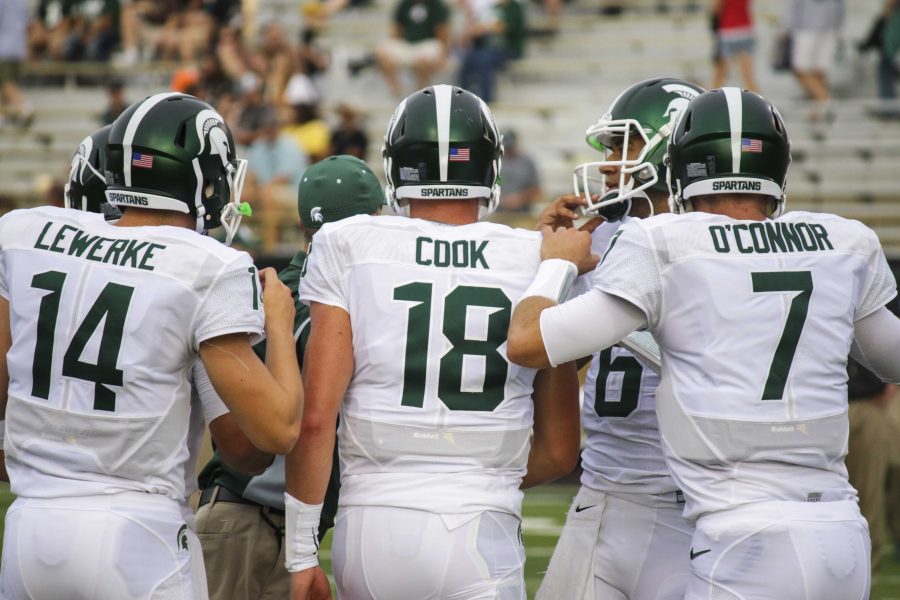 EAST LANSING — Out of all the noise that has been mustard throughout the offseason in college football, no other news has been louder than what is happening in Ann Arbor. It has been a long time since the maize and blue have been relevant on the national stage.

The last time the Michigan Wolverines were competing for a national championship was in 2006. The epic showdown between the top ranked Ohio State Buckeyes and the No. 2 Wolverines proved to be the start of a horrifying downfall for Michigan. Losing to the Buckeyes that night forced the Wolverines to play in the Rose Bowl instead of the National Championship – eventually losing to the USC Trojans.

This year however has been a different story with the Wolverines sprinting to a 5-1 record, and this Saturday, Michigan’s pride and joy, the Big House, will be packed to the brink.

A sleeping giant has been woken up. Thanks to the help of new head coach Jim Harbaugh, the Wolverines are well on their way to becoming a national power yet again.

Michigan comes into the contest with one of the toughest defenses in the country. The maize and blue’s stout defense is credited to all members – one through 11. The Wolverines are excellent at setting up situations favorable for them on first down. Different looks and packages on first down sets up manageable positions on third down. Michigan’s defense has shutout their last three opponents – BYU, Maryland and Northwestern – and has scored more touchdowns (20) than their opponents have scored points (14), during their five-game winning streak.

“Michigan is playing outstanding football right now, and we need to play better at certain points and times, but we are undefeated, we’ve found a way to win football games; that’s the bottom line,” Michigan State head coach Mark Dantonio said during his press conference Tuesday. “And every game – again, every game — is different as we move forward, and we’re going to be excited to go down, and looking forward to the challenge and opportunity.”

On top of that, the Wolverines have given up the least amount of points in the country thus far, and are the best in the nation on third down conversions. Ultimately giving them the slight edge in many experts’ minds. However, Dantonio is one of the best, if not the best, motivators in all of college football.

“I think these games are played one at a time. I got tremendous amount of respect for Coach Harbaugh, what he’s accomplished in his career, and what he’s accomplishing now, but these games are played one at a time,” Dantonio said. “All I can tell you is every play, every single play of every single game, means something. It has its own life. I guess is what I would try and say, and as long as you keep it in that perspective, you’ve got a chance to win that one particular play.”

On being the underdog at the Big House despite being undefeated, Dantonio said that it is a matter of perception.

Senior quarterback Connor Cook said the Spartan players have always had a chip on their shoulder, underdog or otherwise.

This game will be won in the trenches. For 60 minutes, Michigan State and Michigan will be throwing haymakers in a smash mouth type of game. It will be dogfight until the last drive, and whoever is more physical will come out victorious.

“They definitely got back into old-fashioned ball, lining up in heavy sets, running the ball, power, a lot of power, power lot, things that you see in a lot of old school football,” senior linebacker Darien Harris said. “So they’ve definitely gotten back to that.”

Junior linebacker Riley Bullough said the Spartan defense will need to be key in shutting the Wolverines down.

“They use their fullbacks a lot. They hand the ball off to them, so it’s going to be a little bit different for us, but I think the big thing is just controlling the line of scrimmage. Our ‘D’ line is going to play a huge role in this game, like they do every game, but this one more so because they try to run the ball at you,” Bullough said. “So it’s going to be important to control the point and just to play fast and play downhill.”

No matter what happens, every college football fan in the nation will be tuning in Saturday afternoon at 3:30 p.m. to witness one of the most intense rivalries in all of college football.