Have You In My Wilderness | Julia Holter 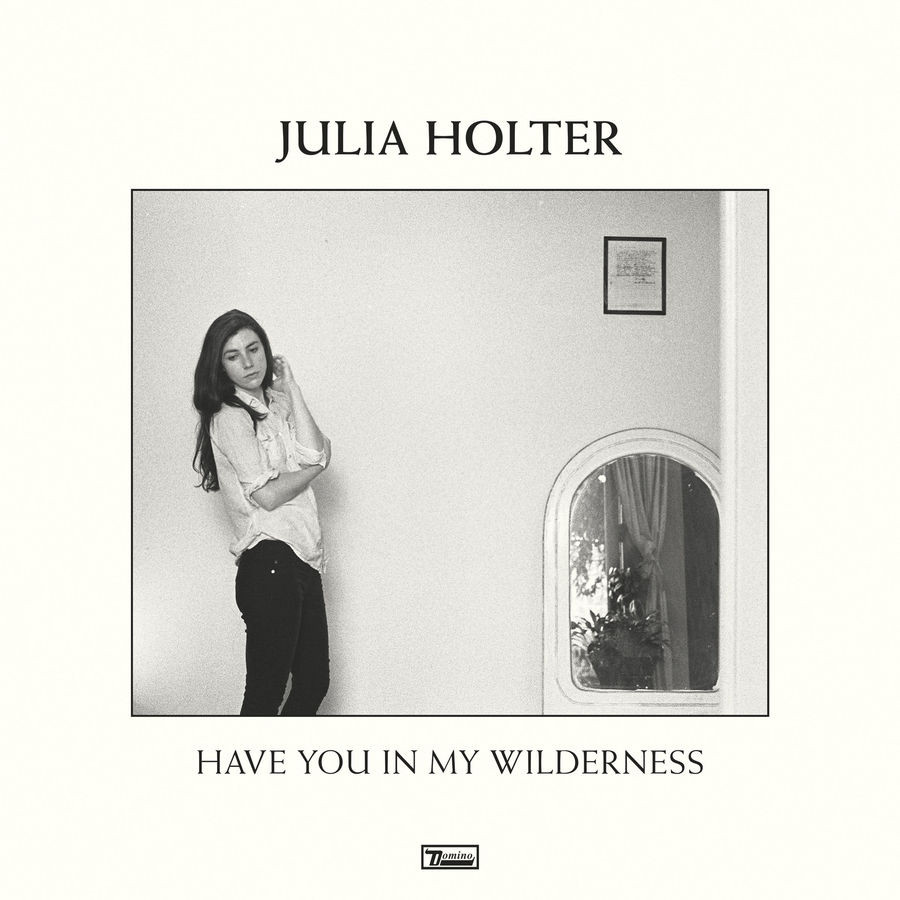 I like to compare the progression of Julia Holter as a singer to how a caterpillar evolves into a butterfly. In the caterpillar phase of Julia Holter, also known as Tragedy and Ekstasis, she hid her vocals behind the drone and ambient instrumentation frequently. Holter explained in a recent interview with Stereogum that she likes to “prefer the vocal at the same level as everything else and put lots of reverb on it.” Julia Holter’s vocals are more prominent in her cocoon stage, also known as Loud City Song, my favorite album from her. There were glimpses where Holter really shined as a vocalist, but she continued to hide her vocals behind the dream and baroque pop production in some songs. There was so much potential in Julia Holter to come out of her shell as a singer.

That potential came to be known as Julia Holter’s butterfly stage, also known as her new album Have You In My Wilderness. The album marks a change of pace from Holter’s dreamy and ethereal aesthetic into a more pop-oriented setting consisting of baroque pop elements. It’s a great change of pace for Julia Holter because she finally gets to unleash her eccentric singing style. Holter made sure that her vocals are at the center of attention in this album. “Feel You,” the first single and opener of the album, is one of Holter’s most upfront and lively songs. But I’d argue that “Sea Calls Me Home” surpasses the previous song at being the most lively track on the album. It’s full of personality. I mean, have you heard the insane saxophone solo? On “Everytime Boots,” Holter is singing at her most bubbly to fit into the up-tempo and lively nature of the song. Though one concern I have is that the song sounds a bit generic. I could definitely hear the song in an Old Navy commercial on TV.

There is a certain element to these songs that Holter excels in Have You In My Wilderness that I’ve never noticed in songs from her previous albums: the chorus. Holter elevates her vocals for the chorus of “Feel You” to match the elevating instrumentation, making the chorus truly something to behold. “Sea Calls Me Home” has the most addicting chorus of the whole album. “I can’t swim. It’s lucidity. So clear!” is a line that I could repeat all day and not get tired of saying. Not all of the choruses are infectious, some are just intricately thought out. The chorus in the second half of “Lucette Stranded On The Island” features repeated esoteric phrases over progressively intense instrumentation.

There are times in Have You In My Wilderness when Julia Holter slabs reverb onto her vocals, but it’s implemented very well. Instead of putting reverb on her main vocals, Holter uses the effect on her backing vocals in “Silhouette.” Paired with echoing strings, I picture myself laying down on a bright cloud when I listen to the track. Despite the cloudy atmosphere, Holter gives a great vocal performance here.

Have You In My Wilderness marks new grounds for Julia Holter’s vocals. In “How Long,” Holter sings at a shockingly low pitch. It’s actually the first time that I have heard her sing this low in a song. Her singing on this track gives me Nico vibes. It’s a great fit for a haunting, yet beautiful song. This vocal style also appears on the ending and title track “Have You In My Wilderness.” The ballad fluctuates between the low vocals and the high vocals that Julia Holter is known for. Adding a lush choir and lush beautiful instrumentation featuring cellos, pianos, and plucked bass makes this closer a memorable end.

Perhaps the show stealer of the whole album is the poignant ballad “Betsy On The Roof,” which features Julia Holter’s most emotional vocals on the whole album. The overall theme of the song seems to be about one’s loved ones committing suicide. The lyrics are emotional when you look at them, but Julia Holter would have to sing her heart out in order to get the message across.

Just as one would expect while listening to Have You In My Wilderness, Julia Holter gives it her all. In fact, Holter gives out her best vocal performance of her own discography. She is consumed by sadness and grief, but instead of whimpering about it, she screams about it. Her vocals are so powerful, but it doesn’t get to a point where she is acting overly dramatic. It’s as if we are standing right next to Holter as she hollers at Betsy. The progression of the song is also something worth talking about. At the three minute mark, Holter repeats the same vocals, main and backing, and the same lyrics. As she repeats the words, the instrumentation becomes more apparent and louder. The strings are more prominent and the percussion gets more aggressive. At one point in the break, a sound that resembles wind goes out of control. Even though the layered production gets louder as the song progresses, Julia Holter is able to overcome the production. It’s a breathtaking experience to witness. The immense instrumentation and vocals eventually fade out as the piano track is able to bring this intense, beautiful, and emotional track to a close.

Have You In My Wilderness was released on Sept. 25, 2015 through Domino.