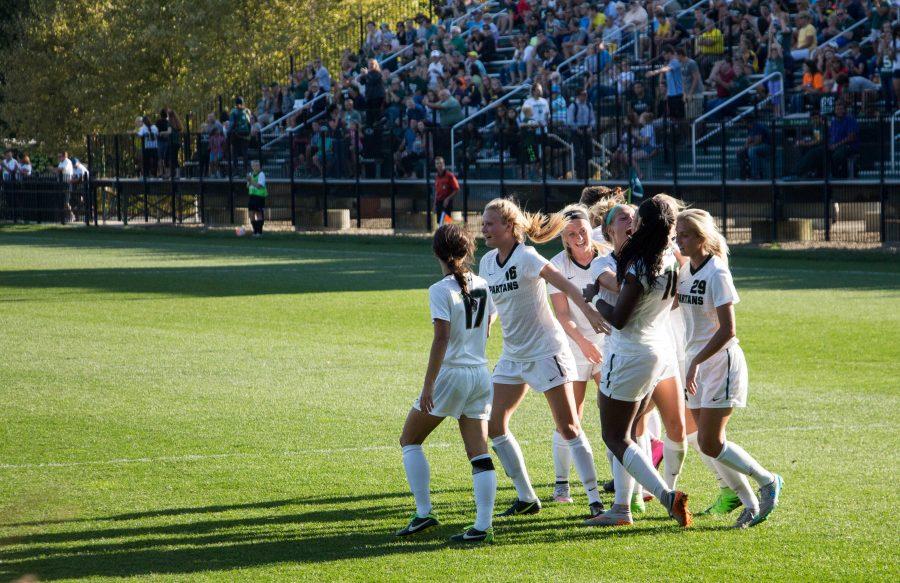 On a beautiful and crisp autumn day in East Lansing, the Michigan State Spartans fell to the No. 22 Northwestern Wildcats 1-0.

With the loss, the Spartans fall to 2-2-2 in conference play while the Wildcats notched their fourth victory in Big Ten play (4-2-1).

MSU appeared to be on track to score in the final 30 minutes of the game, as the Spartans dominated in Wildcat territory, firing shots left and right. However, the furious rally came up short thanks to Northwestern’s defense rising to the occasion.

Despite the loss, head coach Tom Saxton was satisfied with his squad’s late surge.

“I was pleased about our attitude of perseverance and keeping Northwestern under pressure,” Saxton said. “I liked the way our team responded to adversity.”

Speaking of adversity, there were several obstacles standing in front of Michigan State and their third Big Ten win.

It all started in the opening minutes of the match. Northwestern scored right out of the gate, with Niki Sebo scoring at close range off of an outstanding corner kick by teammate Addie Steiner (32:20). The gusts of wind definitely played a factor in the goal, something the Spartans struggled to adjust to throughout the game.

Things to come would not help the Spartans’ cause, including mild injuries, arguable calls and failing to take advantage of multiple opportunities. MSU could not catch a break and had some execution hiccups, especially in the Wildcats’ penalty box, which proved to be a very frustrating day for the Spartans.

“Our team’s performance was not our best,” MSU senior Mary Kathryn Fiebernitz said. “We’ve got to keep the confidence heading into next week and to put this game behind us.”

Statistically speaking, this game was very even from beginning to end. MSU topped Northwestern in total shots (19-13), while the Wildcats bested the Spartans in saves (7-6) and fouls (13-12).

One of the biggest reasons for the low scoring affair was due to the physicality from both sides. When there is a combined 25 fouls with a high number of turnovers, good luck scoring more than one goal.

Both defenses made aggressive and accurate reads all game long, which limited shots on goal and kept explosive players in check. Both goaltenders were stout, especially accounting for the wind.

Wildcat sophomore Lauren Clem made seven saves, including a couple clutch saves from close range to preserve the shutout. On the other side, senior MSU Gabrielle Gauruder hauled in six saves to keep her Spartans in the game.

Michigan State has a brutal three-game road stretch awaiting them, beginning October 15 at No. 14 Minnesota, followed by Wisconsin and then Maryland. Things are looking up for the Spartans however, as they have claimed a 2-1-1 mark on the road.

The Spartans will look to bounce back on Thursday night, with an 8 p.m. EST kickoff from Minneapolis.