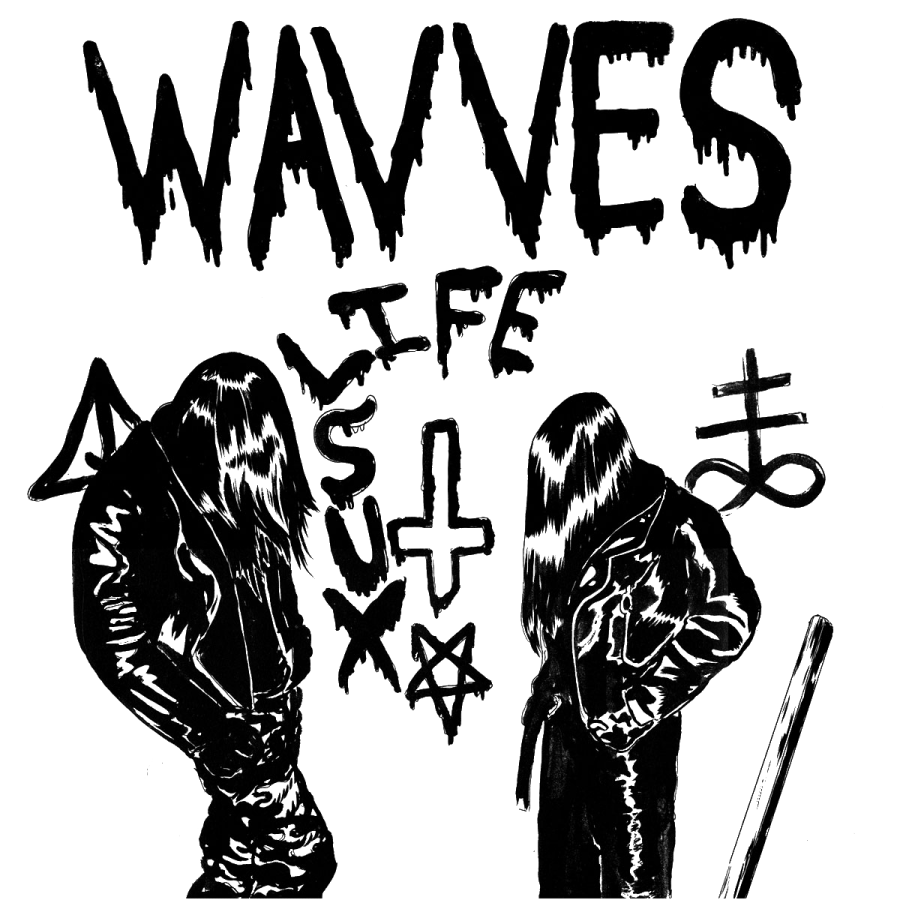 Around this time last year, Lansing was graced by the presence of the beachy punk band, Wavves. Who knows what actually went on at that concert, as I at the time sold my ticket for $20 and a turntable and it seemed like a good idea. I can assume, however, that the night was filled with lyrical self-loathing and punk jams.

“Poor Lenore,” a track from the Wavves album Life Sux (2011) has somehow buried itself beneath the popularity of their more popular hits like “King of the Beach.” While this song mirrors the head-banging, soul crushing electric punk sound of every other one of their songs, there is something uniquely heartfelt about this one.

Wavves primarily has two types of songs: upbeat odes to how much life “sux” or slow rolling ballads depicting how meaningless life really is. “Poor Lenore” falls into the latter category, but stands out in comparison to Nathan William’s other soulful washed out messes on the album.

Perhaps it’s because this track reminds you of reading Poe’s “The Raven” when you were 14 and ignites the long-forgotten intellectual angst inside of you. Whatever it is, “Poor Lenore” is worth blasting in your car to supplement your Friday shenanigans.