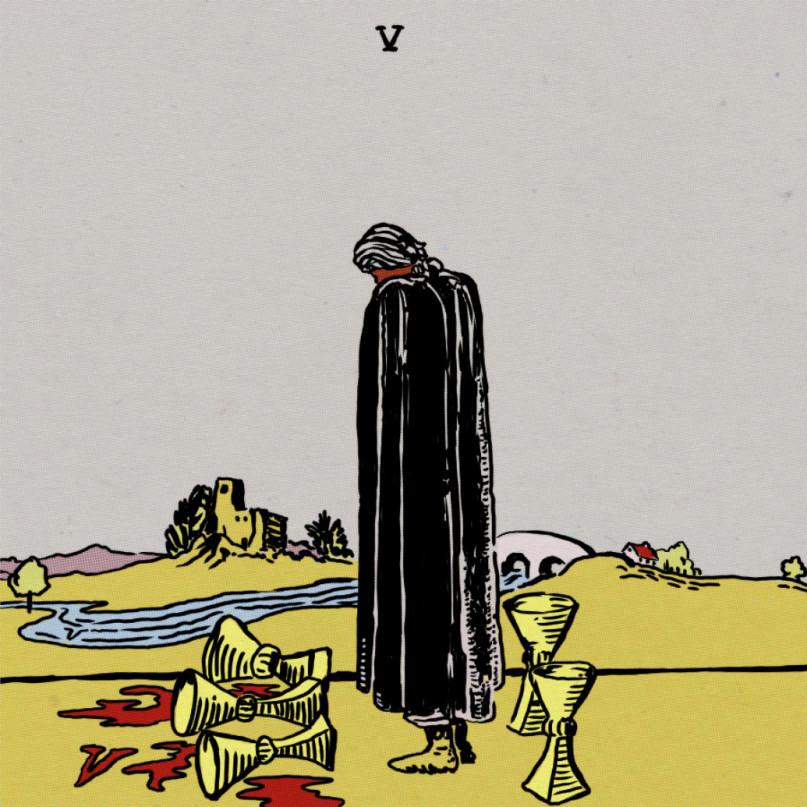 The sound created by Wavves on their newest album is a far cry from the lo-fi, scuzzy tunes of their 2008 debut, Wavves. Depending on what kind of fan you are, this could be a great thing or a terrible loss. Artists have always changed their general sounds over time (cue the classic Bob Dylan at Newport example), and for frontman Nathan Williams, this is no exception. The surf rock meets wall-of-sound meets pop punk mix that has characterized the band since King of the Beach has become increasingly polished over their past few efforts and remains in full force on this album. This time, the melodies are poppier, the lyrics are more angsty, and the arrangements and mixes are squeaky clean.

And yet, something feels missing. Maybe it is because the songs sound almost too similar. There are no slower songs like Afraid of Heights’ “Demon to Lean On” or “Afraid of Heights.” Instead, every song is fast, loud, and short—the longest song runs three and a half minutes. The music also restricts itself to a particular songwriting formula, with catchy riffs, strong bridges, and repetitive choruses. In particular, “Tarantula” sounds like a combination of the album’s first three songs (although it contains a beautiful wall of sound in its last minute). Also lacking is the experimental production that characterized the band’s past two solo albums. Songs like “Redlead” and “Wait” contain features in distortion and peculiar noises, but are still similar melodically to the rest of the album.

Nevertheless, the songs still jam. Nathan Williams has always been a student of the ’90s; the riffs fill up your headphones and it is impossible to resist moving your whole body. The song structures are frustratingly simple yet effective. Any song from the album will get stuck in my head at some point in the day (as of now, “Flamezesz” refuses to leave my brain). Sonically, the album conveys the summer atmosphere that Wavves has always been known for. With no ballads on this album, every song is two or three minutes of unadulterated summer rocking. This grows tiresome as you listen through the album and want to hear something just a little bit different. Each song tends to work on its own, though.

This stylistic choice becomes even more interesting when you listen to the lyrics. This album comes within the context of Williams’ breakup with his girlfriend. As a result, the lyrics are consistently filled with themes of heartbreak and loneliness. The disparity between the sunny production and the depressing lyrics only grows throughout the album. It is hard to happily sing along to these choruses once you realize what they are actually saying: “My heads hurts/But without you it’s worse/Suffocating on my own/You’re killing me, I hope you know”.

In essence, the album sounds like a process through the stages of grief. You can tell that Williams’ breakup with his girlfriend hit him hard. The first few songs have sad lyrics, but are supported by bright riffs and poppy choruses. As the album goes on, slight amounts of distortion are added and there are more sudden endings. We hear a man losing his ability to cope with his emotional haplessness. The downward spiral never looks up as choruses go from repeats of a triumphant “I believe we’re not alone” to “CAN’T BREEEEAAATTHE”. The deep pain instilled into each song shines through the summer atmosphere.

V is not a bad album by any means, but it is nowhere near the best that Nathan Williams and his entourage are capable of. Perhaps because of major label status and a new producer, the album sounds almost too streamlined, a product made to be somewhat more digestible than previous efforts. If this album had the sonic diversity of King of the Beach or Afraid of Heights, it could have been a potential masterpiece in the Wavves discography. It remains a good album, but it never rises beyond a certain level. At its best, the album simultaneously rocks and makes you emotional. One hopes, however, that Wavves will go back to exploring their musical palette and do more with it next time around.