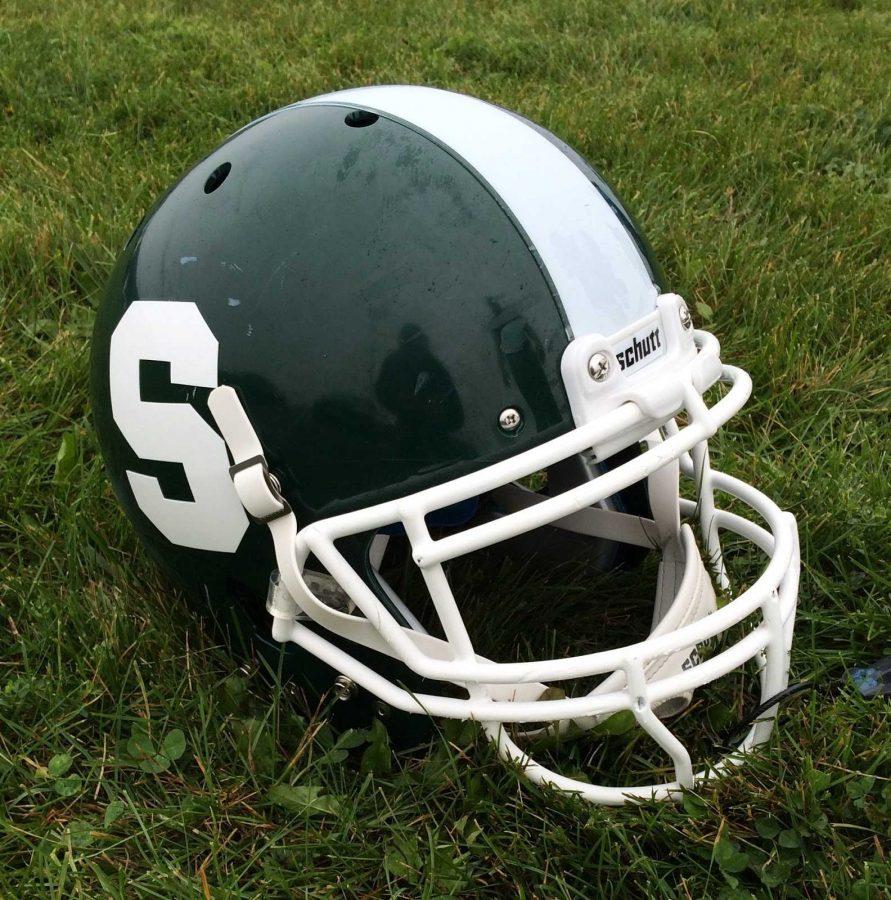 The first chapter of Michigan State University club football is in the books. Thanks to a smothering defense and an explosive offense, that chapter will go down as a joyous one for the Spartans.

Michigan State club football began its inaugural season with an impressive 45-0 victory over the visiting Ohio State University Buckeyes on Sunday afternoon. The game was played in front of over 200 excited family, friends and fans at Hope Sports Complex in Lansing.

The contest was never really in doubt, as the Spartan defense did not allow a sustained drive the entire game. Meanwhile, the Spartan offense scored early and often, leaving the visitors in the dust.

The MSU defense was impressively dominant in shutting out their first opponent. On first and second downs, the Spartans’ tenacious defensive line forced tackles for loss and incompletions by getting into the offensive backfield and creating havoc. This forced third downs of uncomfortable distances for Ohio State, who could never really convert the third-and-longs.

Starting MSU safety and captain of the defense, Lucas Mayo, spoke glowingly of his defensive linemen.

“We owe it all to the guys up front,” Mayo said. “They get the push. They get us going when they’re in there disrupting. It makes [the secondary’s] job back there easy. Makes us look good.”

Michigan State’s offense got off to a hot start with the help of starting quarterback Vinny Costanzo’s arm. On the offense’s second drive, the no-huddle offense strung together a couple of first downs and ended in a touchdown pass to the tailback. Jake Sterling then caught a short pass from Costanzo and took it the distance, putting the score at 14-0 at the end of the first quarter. That score would be more than enough for the hosts.

Head coach Al Manfroni was impressed with the performance of his junior quarterback, who threw three touchdown passes and one interception.

“He made some good downfield throws when he needed to,” Manfroni said after the game. “So he did what he had to do. I’m proud of him, he stuck in there even when he was getting blitzed.”

The defense even got in on the scoring when freshman cornerback Tray Wiley, who also had a few big kick returns, returned an interception for a touchdown in the second quarter. Kicker Mick Higgins, who was also a perfect 6-for-6 on extra points, added a 31-yard field goal in the second quarter, giving the Spartans a halftime lead of 24-0.

The Spartans moved the ball efficiently in the second half, crisply mixing the pass and the run. Sophomore running back Zach Greene ran in a 24-yard touchdown. On the next drive, Costanzo found sophomore Nick Chargo for a 35-yard touchdown pass to balloon the lead to 38-0.

Due to league rules, a running clock is kept once a team leads by more than 35 points, so the final quarter sped by. With just over a minute left, the Spartans tallied the final score on a touchdown run. When the final horn sounded, the Spartans and their fans joyfully celebrated their first triumph of the season.

“We came out prepared,” Sterling, a 6-foot-1, 195-pound wide receiver, said. “All throughout the week building up to this, we’ve been really focused. We came together as a team.”

The Spartans will have to keep up that preparation and focus this week, as a visit from the defending national champion Oakland University Golden Grizzlies looms large on Saturday. The game is at 2 p.m. at Hope Sports Complex’s turf field.