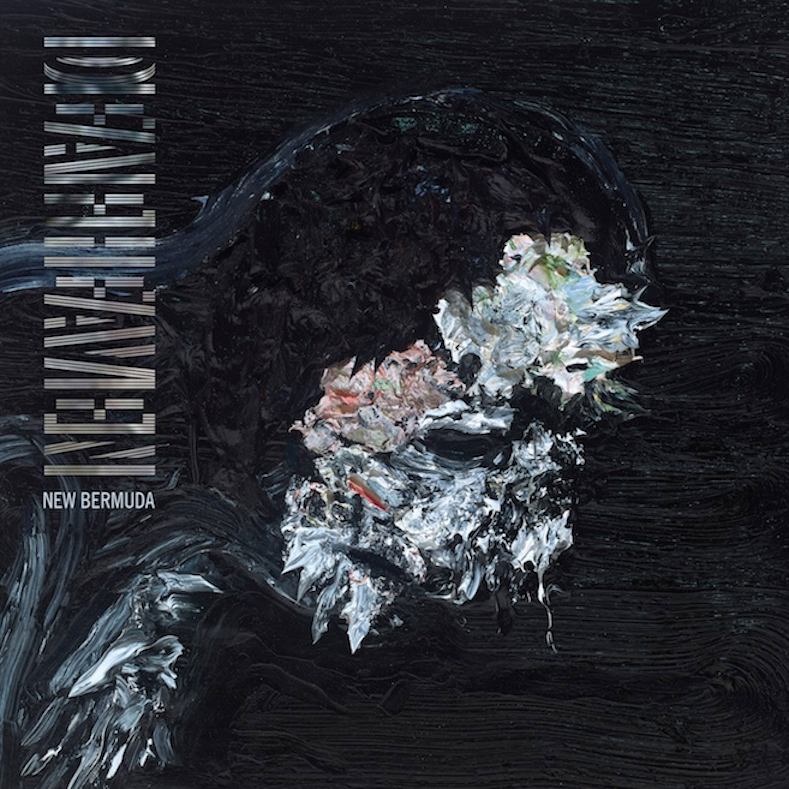 Since 2013’s Sunbather, Deafheaven has been a lightning rod for passionate discourse arising from a perceived clash between subcultures, industry media, and musical genres. This sort of phenomena is certainly not uncommon in “this era,” in which increasingly-available social media and general Internet exchange have become the prominent carrier of collective culture.

If you haven’t really looked into this band, let’s just say that if you did, you won’t have to look far to get a feel for the obsessions pervading the rhetoric of their most vocal commentators–the common keywords: “image,” “authenticity,” “controversy,” “genre blending,” “gamechanging”… Coming from a point of view that is at least somewhat familiar with both sides of the coin, I’d file most of this talk under “arbitrary hypewagon groupthink.” It obscures relevant discussion addressing the music itself. I’m not going to deny that there is “reason” and “purpose” behind it, but it’s been done to death already either way.

It is almost redundant to note that New Bermuda is (at least initially) going to be hard-pressed to evade the “follow-up to Sunbather” treatment, and the band’s publicly expressed sentiments seem about as hyperconscious of this fact as a reasonable observer could expect. It’s not surprising that the album’s concept seems to arise from the disorientation experienced following the massive unforeseen “success” of Sunbather, evidenced by singer George Clarke’s description of the place “New Bermuda” as “a new destination in life, a nebulous point of arrival, and an unknown future where things get swallowed up and dragged into darkness.”

It was just over a month ago that Deafheaven released the album’s opening track, “Brought to the Water.” While it was apparent from that point that, true to the band’s word, this is not just a rehash of the Sunbather “formula,” it isn’t completely unproductive to take a moment to note some first-impression comparisons.

To start, the opening of “Brought to the Water” is far more overtly “metal”-influenced than the slow post-rock build of Roads to Judah‘s “Violet” or the anthemic major-keyed opening to Sunbather‘s “Dream House.” The initial entry of blastbeats and guitar evokes black metal menace, and this gives way to a very thrashy backdrop for the first entry of vocals. Clarke’s delivery of the opening lyric “Where has my passion gone?” is a sharp bark which is mixed more prominently and clearly than the sustained, almost atmospheric presentation in Roads and Sunbather, more reminiscent instead of their post-Sunbather single “From the Kettle Onto the Coil.” The vocals are now front and center, and no longer obscure the theatrical expression evident in Clarke’s live performances. This will prove to be one of the most prominent differences throughout the album as well.

While the aggressive thrash and black metal tendencies do continue to take their own prominent moments throughout the album, there’s still plenty of room left for Deafheaven’s “signature” style from the previous two albums – major key harmonic structures, subdued interludes, and soaring tremolo-picked lead guitar lines. However, unlike in Sunbather, the lower-key instrumental interludes are built into the natural arc of the songs themselves rather than given their own dedicated “breather” tracks. Interestingly, while the “metal” elements have become more overtly “metal,” the parts that aren’t are given more duration to develop, and thus contribute more to each song’s encompassing lyrical arcs, which is closer to the songwriting approach found in Roads to Judah. The most prominent example of this is the chorused-guitar opening to “Baby Blue.” The increased attention to these sections might be attributed to lead guitarist (and primary songwriter) Kerry McKoy’s desire to bring slow-core influences (he has mentioned specifically Low and Red House Painters) into the mix.

There are also some rather rock-oriented guitar solos similar to those found in “Vertigo” and “From the Kettle Onto the Coil” featured in New Bermuda‘s “Brought to the Water” and “Baby Blue.” Following the latter half of “Come Back,” the album could even pass as alternative rock, if it weren’t for the harsh vocals.

Overall, the composition of the songs, flowing seamlessly and intuitively between sections that are clearly different both melodically and stylistically, is every bit as solid as it ever has been. There is, however, a rather standout moment in which it struggles to “stay interesting.” In “Baby Blue,” there is a plodding stretch driven by palm-muted “chugs” that seems to linger a bit longer than necessary without contributing to the motion of the song.

The one moment that is likely to be most difficult for listeners to digest, though, is the opening to album closer “Gifts for the Earth,” which exposes Clarke’s vocals more than in any previous song in the band’s catalogue by presenting them without their usual context of distorted rhythmic guitar or tremolo-picked lead. Whether or not the combination “works” is ultimately a purely subjective judgment, but it is worth noting that the structure of the song itself is still rather accessible, resembling a traditional verse-chorus-bridge pattern. McKoy has openly acknowledged Oasis influence here, and this is on full display as the album draws to a close.

So, after examining the influences of New Bermuda and its relationship to Deafheaven’s previous work, how does the album stand as a work in its own?

Despite the infamous “genre blending,” the emotional aims of the music are certainly clear, and are furthermore presented in an enjoyable and intuitive manner. There is a reasonable balance between the straightforward and the technical. In fact, despite the complexity of its song structures, New Bermuda if anything manages to lean pleasantly toward straightforward. For this, I believe it would be reasonable to consider it a triumph. Deafheaven sought to create something that was uniquely theirs in spite of the incessant attention and pressure to “top” Sunbather in the wake of its success, and they have achieved that, by putting their enthusiasm for the creative process first.
While I think accepting New Bermuda for what it is without the hindrance of public attitudes toward the band is the most rewarding approach to the album, I must admit it will be interesting to observe how a work that normally would not reach the “mainstream” spotlight will be received by the crowds that it has now brought into intersection. As an extreme metal enthusiast, it’s a truly curious situation to watch unfold.