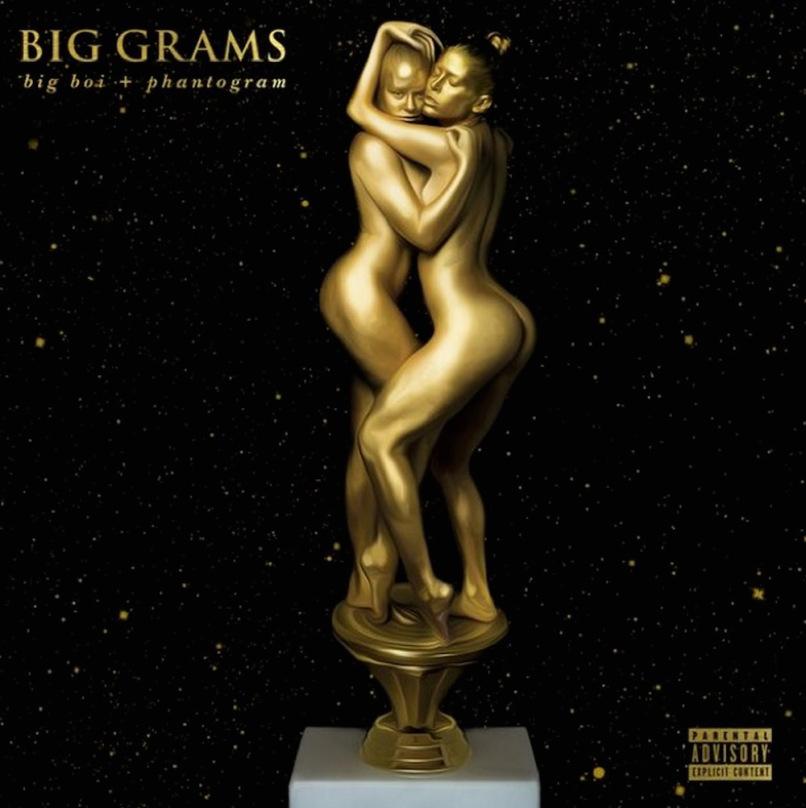 Big Boi and Phantogram, giants in their own respects, are reuniting sound under a new collaborative project that should be met with a great deal of hype.

Vicious Lies and Dangerous Rumours, an album of Big Boi’s featuring Phantogram three times (“CPU,” “Lines,” and “Objectum Sexuality”) showed the capability of what seemed like an unorthodox combo at first.

As it turns out, Phantogram makes great beats and this electronic sound was something that Big Boi was willing to dabble with and add to a successful palette. Tastes of their self titled project were continuously hinted and finally dropped in the platform of cardinal sins. Each song matching a respective theme and encapsulating expectation within the glamorous statuettes, was teased by day, until finally announcing a September 25 release. Each sound bit appealing to the capabilities of perhaps Phantogram’s more gleaming and chrome sounds or Big Boi’s more opportune builds to gliding on rhythm. Half and half, yin and yang, could these sounds properly blend into the duality of Big Grams?[su_pullquote align=”right”]”This album must be played through its explicit versions to properly take the vocal contributions as they were intended: sensual and vulgar.”[/su_pullquote]

“Run For Your Life” (sloth) starts the album in a progressive crawl, but not for the sake of  dragging slow. It’s a song that finds itself sprawled out and well expanded through its builds. It has a strong lead and overlying pattern to set the tone for the rest of the album. Big Grams has a peel back quality to it that adds replay value to every bridge and chorus. Small details within instrumentals properly accentuate vocals and build up to truly sticky and capturing webs of fine arrangement.

“Lights On” (pride) for example, holds very noticeable sound effects in how the bass growls and purrs along to the varying intensities of Sarah Barthel’s and Big Boi’s verses. It excuses the use of a wildcat’s roar and doesn’t break beat with what’s natural and very organic to how the song grows and fleshes out. This slow boil to intensity is very suiting to the rhythmic approach and boasts a confidently smooth climax to chill to.

This album must be played through its explicit versions to properly take the vocal contributions as they were intended: sensual and vulgar. Lyrical content is not debased by the unnecessary outreach to be thought provoking or in terms with morality, but rather strengthened in this case to be in lieu with the themes of the cardinal sins.

“Born to Shine” (gluttony) brings out a past confidence and spit with the beat very characteristic of the gluttonous and boisterous theme. Big Boi has worked with Killer Mike frequently throughout their prolific careers and there is a familiar, comfortable, and almost casual interaction between them. There is banter amongst the interlude. Big Boi can drop a verse and test vulgar limits. It’s raw and natural. In this chemistry there was room to experiment and Barthel’s expanse into a more jazzy/blues draw was especially welcome to the reclining, glory-hog, gluttony pride.[su_pullquote align=”right”]”It tries the boundaries of what was previously thought capable amongst the collaborations of rap and other genres.”[/su_pullquote]

Big Grams delivers a confident debut that will continually grow on you and beckon you to delve deeper into its intricacies of deceivingly simple structure. Bass-boosted and approved for aux-cords, it will not disappoint for its accessibly chill, building, and necessarily explicit nature. It tries the boundaries of what was previously thought capable amongst the collaborations of rap and other genres.

The Skrillex feature, “Drum Machine” (wrath), is an especially important honorable mention for perhaps not fitting the vibe of the album in its entirety, but holding a special tilt and energetic twist on this duo.

Certainly, check this album out on Spotify and understand why the songs in their individual thematics, from sloth to wrath, are collectively golden.