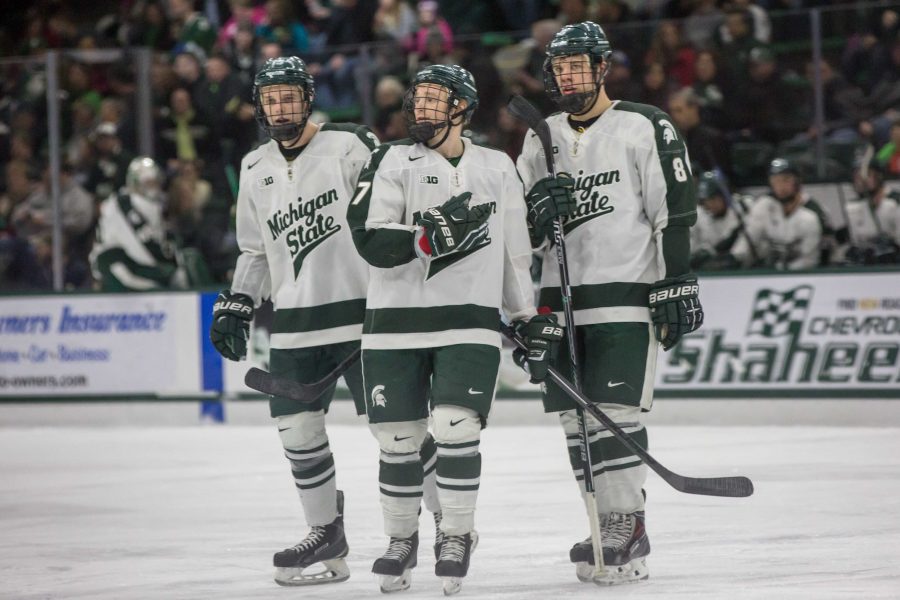 The 2015-16 academic year is less than a week old, and already the Michigan State Spartans hockey team is making more recruiting headlines. Just when you thought the 2016 recruiting class was just about set, the Spartans added another offensive weapon.

Sam Saliba, a native of Lake Forest, Illinois, committed to the Spartans this past weekend. The 20-year-old forward posted 16 goals and 17 assists in his second USHL season. Roughly half of those points came as a member of the Sioux City Musketeers, the other half after he was traded to the Green Bay Gamblers.

Saliba is set to come to East Lansing for the 2016 season. Saliba’s commitment brings the 2016 “Honeybaked” class up to 10 commited players, six of whom are forwards.

Whether or not they all enroll at MSU in 2016 is still up in the air. Marcel Godbout was originally slated to arrive with the 2014 freshmen class (which included Josh Jacobs), but has since remained in the USHL to improve his game.

MSU head coach Tom Anastos could also advise commits, who are still eligible, to remain in the USHL for another year and enroll as part of the still thin 2018 class. This would help balance out the classes, a stated goal of his, and allow for some of Anastos’ players to gain more experience so they can make a more immediate impact when the step onto the ice at Munn Arena.

In other news, several 2016 Michigan State commits saw action in the 2015 Junior Club World Cup in Russia. Godbout, Mitch Lewandowski and John Lethemon helped the Steel to a bronze medal after going 3-0 in pool play but losing to Djurgardens from Sweden in the semi-finals.

Godbout registered a goal and Lewandowski had an assist in the tournament.