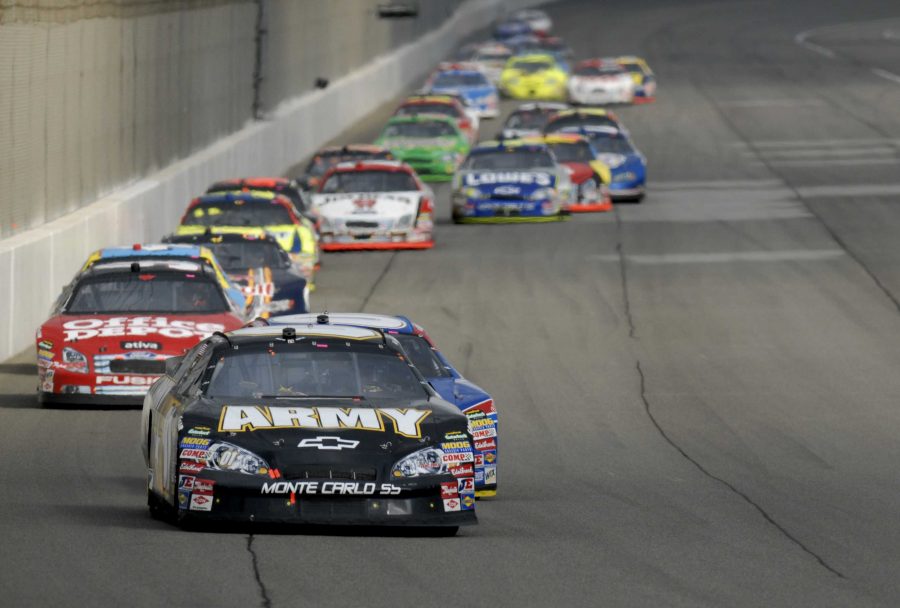 This summer was full of speed, heat, tempers, surprises and everything in between when it came to NASCAR. A total of 27 races took place across the three major divisions (Trucks, Xfinity and Cup) from where we left off, talking about when Martin Truex Jr. won at Pocono Raceway.

Kurt Busch was victorious in the Quicken Loans 400 at Michigan, which was rain-shortened. Kevin Harvick dominated much of the race, but some more bad luck forced him to finish in the 20’s.

But before we go on, let’s just have a little refresher. Kyle Busch was injured (broke his leg and foot) in a crash at Daytona and didn’t race all season. He ended up announcing toward the beginning of the summer that he would be back in competition ahead of schedule.

We all know Busch has endless talent, but now we know he is a warrior. Busch won the Xfinity race the day before his brother won at MIS and Cole Custer won that weekend’s Truck Series race at Gateway Motorsports Park. The Cup Series had the following weekend off, but the Xfinity and Truck Series regulars went back to work. The No. 54 car was back in victory lane in the Xfinity Series at Chicagoland, as Erik Jones won. Jones also managed to win the American Ethanol 200 at Iowa Speedway in the Truck Series, sweeping the weekend in two different places, which is very difficult to do. Moreover, for a teenager who just graduated high school.

The Sprint Cup Series moved to Sonoma, the first road course race of the season. Guess who won? That’s right, the dude with a broken leg and foot used his legs masterfully at the challenging road course and won the Toyota Save-Mart 350, meaning if Busch could get himself into the top 30 in the point standings, he would qualify for the Chase.

The following weekend, Daytona hosted the Cup and Xfinity Series. Austin Dillon went from victory lane on Saturday evening in his No. 33 car, to flying through the air after the checkered flag flew in the Coke Zero 400 Sunday. Dale Earnhardt Jr. won the race, but Dillon was sent flying into the catch fence, sending parts flying everywhere. The accident was so bad, people thought another driver of the No. 3 car died in a crash at Daytona. Thankfully, he walked away unharmed. Just sore.

The next weekend, Kentucky hosted a tripleheader. Matt Crafton, Brad Keselowski and Kyle Busch were victorious in the Truck, Xfinity and Cup Series, respectively. This was where everybody realized that we were possibly witnessing something special with Kyle Busch, and he was just getting started.

Busch won the next weekend at New Hampshire in the Cup Series and finished fourth in the Xfinity race (Denny Hamlin won).

Then, at Indianapolis, the second biggest race of the season, Busch won again, his third win in a row and his fourth in the past five races. At this point, Busch was just outside the top 30 in points and looked like he was going to overcome the impossible. Did I mention he won the Xfinity race at The Brickyard too? Yeah, he did. Christopher Bell also won the Mudsummer Classic at Eldora Speedway, in a Kyle Busch Motorsports truck.

Joe Gibbs Racing and Kyle Busch dominated the summer stretch, and those wins for Busch were only the beginning. The following week at Pocono, Busch was in line to win again, but ran out of fuel on the final lap, handing the win over to teammate Matt Kenseth. But it was okay, because Busch won the Truck race the day before. His main competition, Harvick, finished second in that race. The dude was, and still is, on fire. Ryan Blaney also won the U.S. Cellular 250 at Iowa Speedway for the Xfinity Series that weekend.

Busch came up just short at the other road course race of the season at Watkins Glen, finishing second to Joey Logano, who passed Harvick in the last corner as the defending champion ran out of fuel. Logano swept the weekend for his first two road course wins, winning the Zippo 200 the day before too.

Regan Smith won at Mid-Ohio after moving Alex Tagliani in the final corner. The week before, Smith was dumped by Ty Dillon and ruined his championship hopes. Smith was not going to let that happen again, putting his bumper to Tagliani and winning at Mid-Ohio.

And finally, this past weekend, all three series were in Bristol, Tennessee for another tripleheader. Blaney (NCWTS), Busch (NXS, again) and Logano (NSCS) won the races, all in exciting fashion.

So what have we learned so far?

Kyle Busch is back with something to prove, and he is a strong championship contender. JGR is the hottest team right now (five wins and counting). Harvick can’t stop finishing second (has finished second a whopping 10 times already this season). Road course racing is always entertaining (tempers, strategy and more). Roush Fenway Racing is still pretty much irrelevant, Hendrick Motorsports is uncharacteristically off and the Chase is going to be a great show.

What else happened off the track this summer? Well, a lot.

Rob Kauffman, co-owner of Michael Waltrip Racing, announced that he would not be supporting the organization financially at the end of this season, effectively ending their full-time operations. Kauffman cited the evidence that if he was pumping “top 10 money” into the organization and was not getting top 10 results, it was time for him to move on. MWR will plan on competing in the NSCS next season, but not full-time. This also means that Clint Bowyer and David Ragan will become free agents as soon as the checkered flag flies at Homestead. Speculations are that Bowyer will sign a one-year deal somewhere smaller before looking for a big time, multi-year deal in 2017. I think Bowyer will go to Furniture Row Racing and they will add a second team, but that decision is far away.

Danica Patrick, who would be a free agent after this season, signed a contract extension with Stewart-Haas Racing and new sponsorship from Nature’s Bakery, as GoDaddy won’t return next season. It was also announced this week that her teammate and defending champion, Harvick, will have his primary sponsorship switched from Budweiser to Anheuser-Busch next season.

The Southern 500 is next from Darlington.