National Championship or Bust: The Reality of 2015 Spartan Football 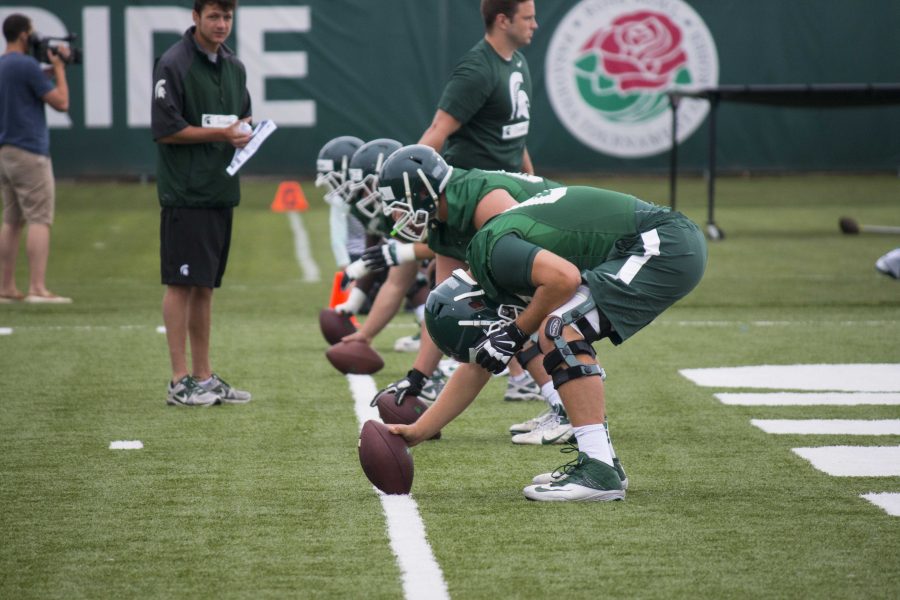 You may ask: how much higher can a program go after posting four 11-win seasons in five years, punctuated by back-to-back top five finishes?

We all know the answer to that question: winning a national championship.

In order to reach higher than its current state, Mark Dantonio must lead the Spartans to the top. Not just near the top, but the top.

It’s been well publicized that last year, MSU only lost to the two teams that played for the coveted national championship, the University of Oregon Ducks and the Ohio State University Buckeyes. The Spartans did more than just compete in those games, they held a two-score lead in the third quarter at Oregon’s hostile Autzen Stadium, and appeared to have a two-touchdown lead over Ohio State before a holding call wiped away a second quarter Jeremy Langford touchdown. The Michigan State Spartans, the laughingstocks of the Big Ten just a decade ago, have many reasons to believe they could have defeated the top two teams in America.

Now, in order to reach higher, the Spartans must finish those games and emerge victorious. Lucky for them, revenge dates with the Ducks and Buckeyes loom on the 2015 schedule.

Oregon invades Spartan Stadium on September 12, and Dantonio will surely have his team ready to finish the job against the Ducks. A late November road trip to Ohio State has already been circled on the media’s calendar, many of whom have dubbed it the “Game of the Year” in the Big Ten. While a loss to the preseason favorite Buckeyes would not completely eliminate MSU from the College Football Playoff race, it would definitely harm the chances at Michigan State’s first national championship in half a century.

Of course, every team in America claims they can beat anyone and win the national title. But this year’s Michigan State squad truly has the pieces for something special, and should be held to that high standard.

Three potential first round draft picks lead the way for the most talented team in the Dantonio era. Quarterback Connor Cook comes back for his third year as a starter, poised to break most school records for passing. Defensive end Shilique Calhoun, an athletic specimen, has wreaked havoc for years in the vaunted “Spartan Dawgs” defense, and shows no signs of slowing down. Left tackle Jack Conklin, a walk-on just a few years ago, finds himself on many preseason All-American lists as a junior and headlines an experienced and talented offensive line.

No Spartan team has had such a unique collection of pro-ready talent since the 1966 National Championship team, when four Spartans were selected in the first eight picks of the following year’s NFL Draft. If Michigan State football is to reach higher, it must not squander the opportunity that this talent presents.

With rematches against the teams that beat them last year, and talent not seen in East Lansing since the Johnson administration, Michigan State football is set up to reach higher in 2015. That’s why this season’s performance will be judged with one phrase: national championship or bust.