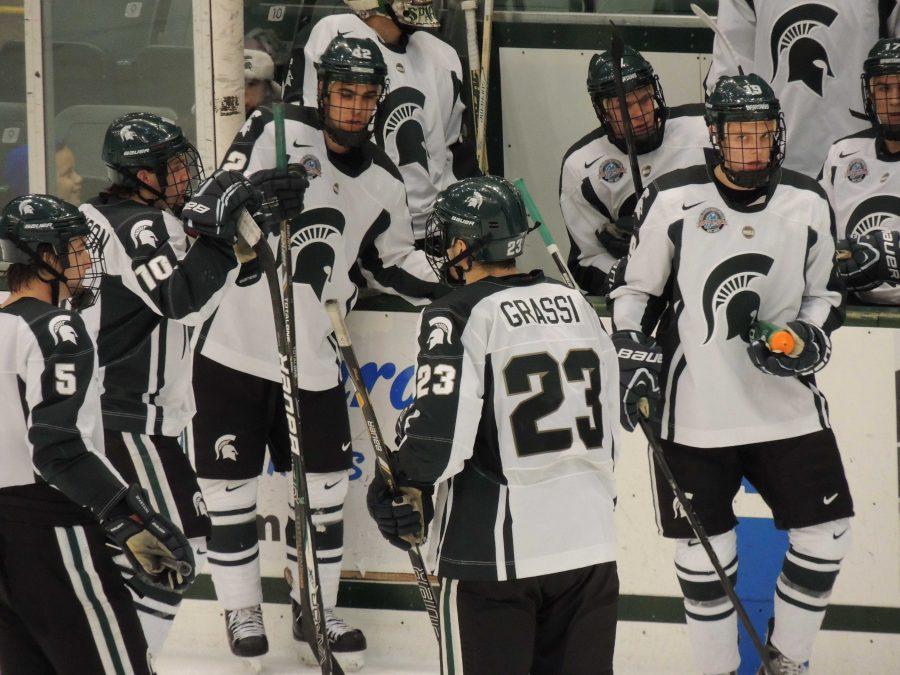 The 2016 Spartan hockey class continues to grow, as Michigan State picked up another forward commitment for the 2016-17 season. Tommy Apap (6-foot-2, 178 lbs) of Bloomfield Hills, Michigan, committed to coach Tom Anastos and the Spartans last Tuesday.

“I could not be more excited to continue my hockey career at Michigan State. I’ve grown up rooting for MSU so this is something I’ve wanted to do since I was a kid,” Apap said in a released statement.

Apap, who recently finished his first season with the Wichita Falls Wildcats (NAHL), registered 13 goals and 26 assists in 57 games. By the end of the season, Apap was playing on the Wildcats’ top lines and earning praise from his coaches.

During the playoffs, Apap contributed six points (three goals, three assists) in six games. Wichita Falls was eliminated by Topeka in the second round.

Speaking on Apap as a player, LaFontaine described him as a “playmaking, smart centerman” who has a bit of grit as well.

“[Apap] is very tough to knock off of the puck,” LaFontaine said. “He doesn’t shy away from contact.”

Apap will reportedly play for the Fargo Force (USHL) next season before enrolling at Michigan State in 2016.