The Most Lamentable Tragedy | Titus Andronicus 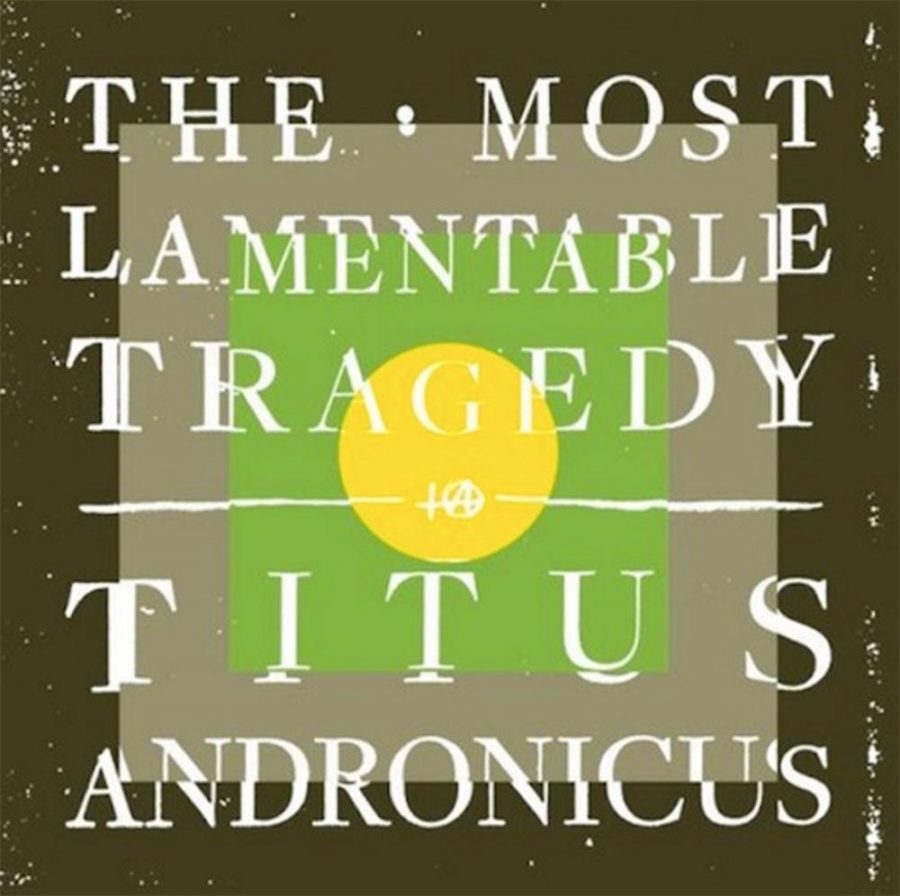 For most other bands, releasing a 93-minute rock opera would be a monstrously ballsy move. With Titus Andronicus, however; it’s the most logical next step given the band’s trajectory. The Most Lamentable Tragedy is the collective payoff from all the angst and fury that made up the sound of the band’s past three albums, focusing inwardly on the the manic depression of singer Patrick Stickles that he’s detailed on the “No Future” series of songs on The Airing of Grievances, The Monitor and concluded on The Most Lamentable Tragedy.

What’s immediately noticeable on The Most Lamentable Tragedy is how much better the group sounds. The raw aggression that fans have come to expect is still there, with frontman Patrick Stickles’ nasally growl sounding better than ever, but the production has been stepped up greatly. Each instrument comes through loud and clear (there’s even a bass guitar break on “No Future Part IV” that resonates beautifully) and they’re all well balanced in the mix.

Another sign of the band’s maturation is exemplified in how much more in sync Stickles and the rest of the band are. Whereas previous albums like The Monitor would have Stickles ranting and raving all over the place (not a criticism,) on here his unabashed shouting fits much more comfortably within the rest of the song arrangements. Quite a few times Stickles matches his singing pattern with the band (“Fired Up,”) creating rhythmic harmonies and infusing needed variety, else the constant shouting would grow tiresome for such a long album.

Titus Andronicus has shown their aptitude for multiple instruments in the past, but this time they go all out with musical features. On top of their eclectic choice of glockenspiels, mandolin, and organ, they’ve also included guest musicians on viola, saxophone, flute, electric pianos and clarinet throughout the album. Combined with the unceasing energy of the core band, the inclusion of these extra instruments adds another layer of musical complexity to the album. It’s undeniably catchy and plants an image within the mind of the listener of being in attendance at a live performance in a weathered, hole-in-the-wall tavern.

The stop-start vibrancy of songs like “Lonely Boy” betrays the lyrical side of this rock opera. In an act of clever denial, Titus Andronicus masks The Most Lamentable Tragedy’s misanthropy and self-destruction with bouncy songwriting reminiscent of upbeat folk or traditional Irish jigs. Though punk remains at the center of Titus Andronicus’ core sound, The Most Lamentable Tragedy easily branches out into other genre ventures on songs like “I Lost My Mind [email protected]” One of the more stripped back songs compared to the rest of the album, “I Lost My Mind [email protected]” features simple piano chords amid a mid-tempo drum fill and gang vocals. In many ways it sounds like that point in the early 80s where the no wave movement began to collide with more pop oriented rock.

Such a mish-mash of musical styles complements the imaginative nature of the album’s narrative. Early on Our Hero, one of Stickles’ personas and protagonist within this tragedy, admits his excitement for losing his mind back in 1989 and the intoxicating sense of “can-do anything” attitude that accompanies such insanity.

The second act of the album furthers Our Hero’s embracement of his unraveling world by introducing him to the character of Lookalike, Stickles’ other persona who lives a carefree existence and entices Our Hero to slip further into his mania. “Mr. E Mann” has Lookalike convincing Our Hero through a repetitive chorus of “It’s alright!” to slip into a drug induced dreamland that becomes fully realized in “More Perfect Union.”  Taking a complete about-face tonally compared to the rest of Act II’s blitzed-out punk, “More Perfect Union” begins with clean sung vocals, bass clarinet, flutes, and slow bass drums which crescendos into an instrumental break that flips from Irish sounding folk to a viola led polka that steadily increases in tempo.

Act III lurches out from the dream haze into reality, where Our Hero begins to realize the limitations of his nonchalance. “Ain’t it crazy how I depend on these presidents?/Well I must admit impediments/With everything they represent/And I would get a gun to greet the government/But then again/I’d need to buy something” he shouts on “(S)HE SAID/(S)HE SAID.” “Fatal Flaw” and “Funny Feeling” repeatedly chant “There’s something inside of me!” that Our Hero struggles to control.

“Please” segues into Act IV, which slips back into the dream state depicted on “More Perfect Union” and inhabits the life of an ancestor named Siobahn, who we learn is pushed to leave their homeland and come to America where they are greeted on “Come On, Siobahn.” The life of the ancestor mimics that of Our Hero, both leaving behind their past lives in search of new meaning; “A pair of brown eyes” for Our Hero’s ancestor and an acceptance of his current state of living for Our Hero himself. Sadly, the delusion is shattered on “Auld Lang Syne” with a dramatic change from a major to a minor chord, leading to Our Hero’s acknowledgement of his insanity on the appropriately titled “I’m Going Insane (Finish Him.)”

Thus we are brought to Act 5, the closer of The Most Lamentable Tragedy, which begins with the dissonant feedback on “The Fall.” “Into the Void (Filler)” is where Our Hero braces himself, comes to accept that past events were a figment of his imagination, and descends “Down in the mine/Just one last time/Back to the place where/I lost my mind” to confront his personal demon. Scored by dancing violas and guitar triplets, the song continually builds before crashing into “No Future Part V.”

The finale to this multi-album track, which lies at the heart of Patrick Stickles’ psychological anguish, begins with nothing but maudlin singing and simplistic piano, exploring Our Hero’s realization that his greatest enemy has been himself.

“You best believe/And say conclusively/’Yeah, the beast was me’/And then our tragedy will finally be complete” the character in the dungeon tells Our Hero. Yet it’s in the nature of tragedy to turn what one would feel was the antagonist into an understandable anti-hero, as the dungeon dweller helps Our Hero realize the damage he’s caused unto his family and friends because of his unwillingness to take responsibility for his mental illness.

“No, I got this family, they’re bigger and meaner than me/And they got greener eyes/And larger needs/Yes, I protected you/But now you and me are through/You face them on your own/And then we’ll see how good you do/” says the dungeon dweller. He then suggests to Our Hero to just enter an endless dream for “You’re at peace when you sleep.” Harkening back to the indignant rage of “No Future Part IV,” where Our Hero cried, “I hate to be awake,” “No Future Part V” presents the sorrowful aspect to that wintery depression.

We then come to the conclusion of this rock opera. “Stable Boy” may not be the most audibly pleasant track on the album (seeing as it’s recorded on a cassette recorder with a chord organ,) but it’s the most uplifting in a lyrical sense. In an interview where Stickles described the concept behind The Most Lamentable Tragedy, he explains that, “This is Our Hero learning to express himself for the first time and articulate his experience for the first time. He accepts and validates himself. That’s how I’m supposed to be.” Not only has Our Hero (and by extension Stickles) come to accept their character flaw, the rest of Titus Andronicus has grown along with them, establishing the group as a definitive leader amongst 21st century punk and indie rock.

The Most Lamentable Tragedy was released on July 28, 2015 through Merge Records