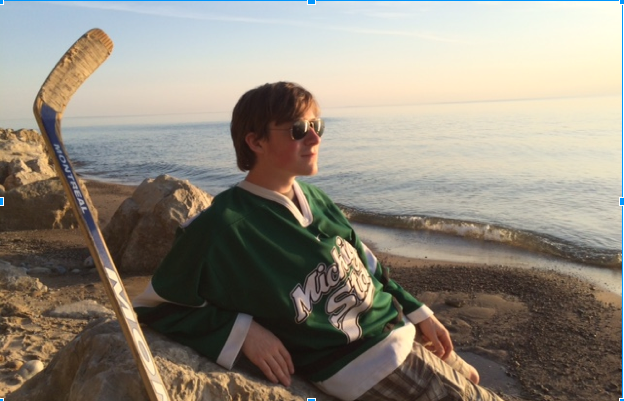 All summer long, we will be keeping an eye on the happenings in the college hockey world, as they pertain to the Spartans. So while you’re patiently waiting for the beginning of hockey season, catch up on all of the Michigan State hockey news over this summer.

These are your Spartan Hockey Summer Headlines.

Former Spartan netminder Jason Muzzatti will be returning to East Lansing, but he will be trading in his goalie pads for a coaching hat. It was announced on Thursday, July 2, that Muzzatti will be joining the coaching staff as a volunteer goaltending coach.

“I’m thrilled to be a part of the coaching staff at my alma mater,” Muzzatti said in a statement, “It’s a very rewarding volunteer opportunity and I look forward to the upcoming season.”

A standout goaltender in the early 90’s, Muzzatti’s 83 victories rank him second among all Michigan State goaltenders.

Muzzatti made his NHL debut with the Calgary Flames in 1994. He played for eight professional and minor league teams during his four-year playing career. In addition to playing in North America, Muzzatti spent eight years playing in Europe, including a stint for Team Italy in the 2006 Winter Olympics.

After returning to the US, Muzzatti spend two years coaching the Flint Generals of the IHL, taking the Generals to the IHL finals in 2010.

Incoming freshman, Mason Appleton, represented the Spartans in this year’s NHL Draft. The Green Bay, Wisconsin native was drafted in the sixth round (168th overall) by the Winnipeg Jets. The Jets have shown a keen interest in college bound players, having drafted Appleton’s USHL and soon to be college rival Kyle Connor, who will be playing for the University of Michigan next year.

Appleton had a breakout year in the USHL with the Tri-City Storm, registering 12 goals and 28 assists. Appleton’s draft stock obviously rose through his contributions on the power play. Sixteen of his 40 points in the regular season came on the man advantage.  During the playoffs Appleton was a key contributor registering eight points (four goals, four assists) in only seven playoff games played.

Appleton now brings the number of NHL drafted Spartans to five, following the early departure of Josh Jacobs (New Jersey, second round) and graduation of Ron Boyd (Florida, seventh round).

Michigan State associate head athletic trainer Dave Carrier, who has been the hockey athletic trainer for 31 years, was inducted into the National Athletic Trainers Association Hall of Fame on June 25 in St. Louis.

Carrier started his journey in medicine at Ferris State University, graduating with a bachelor’s of science in physical education in 1979. He joined the Spartan hockey team five years later.

Former Spartans on the Move in Free Agency

It’s time for the free agency frenzy. That means a lot of former Spartans are on the move as NHL teams try to stock up before next season starts.

Corey Tropp: Tropp was involved in a trade between the Chicago Blackhawks and the Columbus Blue Jackets. Tropp, along with some of his teammates, will be joining the Blackhawks (and fellow Spartan Duncan Keith) in exchange for Brandon Saad, who had a breakout year with the Hawks during their Stanley Cup run. Tropp had 70 points ( 29 goals, 41 assists) in his three years at MSU from 2007-2010.

Shawn Horcoff: Horcoff was dealt to the Anaheim Ducks on a one-year deal. Horcoff registered over 150 points during his four years in East Lansing from 1996-2000. The last three years though have not been kind to Horcoff, as he has been unable to get over the 30 point mark.

Chris Mueller: Mueller will join Horcoff in Anaheim after being dealt by the Rangers on a one-year contract. Mueller spent most of last season with the Hartford Wolf Pack of the AHL, he garnered 14 goals and 26 assists. During his MSU days, Mueller netted 104 points (42 goals, 62 assists) and was part of the 2007 national championship winning team.

Derek Grant: Grant was dealt from the Ottawa Senators to the Calgary Flames on a one-year, two-way contract. Grant had 63 points in his two years with the Spartans from 2009-2011.

Below is the list of Michigan State Spartans currently on NHL development camp rosters (as of July 6):