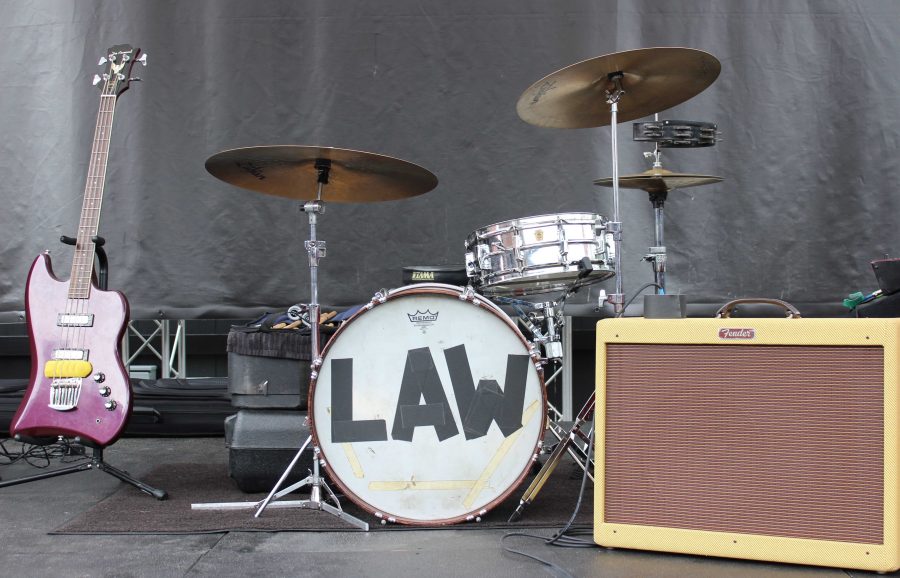 There was a lot of name-calling at District Square last night. Amidst the tears and screams of starstruck fans witnessing a performance by Langhorne Slim & The Law, a close ear may have caught a handful of these words being tossed around:

And my personal favorite…

Considering the way Slim commanded cheering from the crowd with a quick raise of his arms, most of the concert wasn’t too far off from watching a preacher who just found their pulpit.

The band marched through rowdy classics like “Cinderella” and “The Way We Move,” causing the crowd to go wild with nostalgia and fury. It was only a matter of time until people around me would start to foam at the mouth.

The band also broke out a handful of songs from their upcoming LP, The Spirit Moves, including its first two singles, “Strangers” and “Changes” – all of which were received warmly by the entire crowd. When breaking out “Love Crimes,” Slim jumped off the stage and invited fans to sing along to the new track.

Anyone who was lucky enough to be there that night knew that the music played gave us more than just a concert, but an awakening.