We Watch it for the Music: SLC Punk 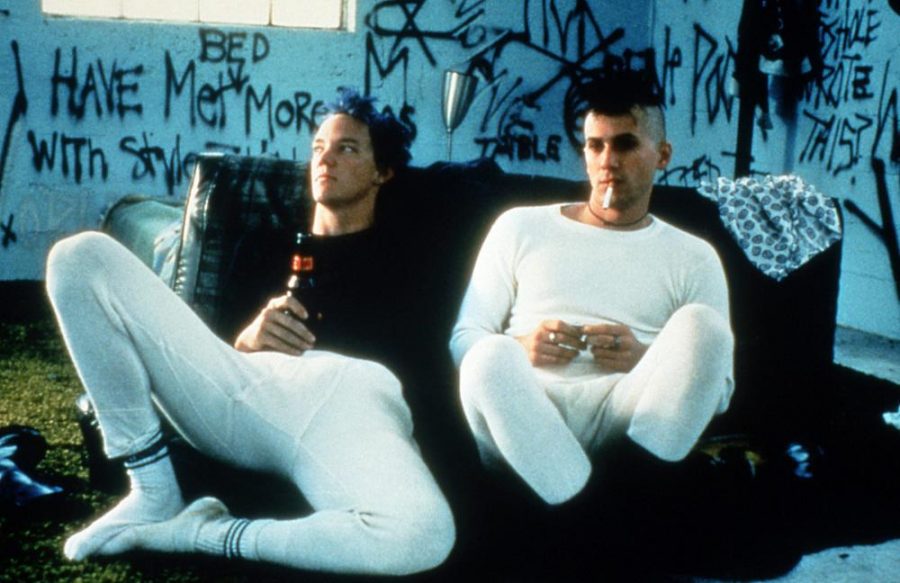 James Merendino’s 1998 cult classic SLC Punk is a movie for and about the people, attitudes, and of course, music of the mid-1980s punk revolution. So naturally, it’s bound to have a killer soundtrack, right?

I’ve chosen my five personal favorites off of the original soundtrack for your listening pleasure… as long as you’re not a poser, of course.
1969 – The Stooges
https://www.youtube.com/watch?v=k0mRfECsHrc

Even though SLC Punk is set in the mid-1980s, “1969” provides a window to the era that started it all for Stevo, Heroin Bob, and the rest of Salt Lake City’s punk misfits. It’s angsty, transformative, and nothing short of a classic. Thanks, Iggy.

“Kiss Me Deadly”, my no. 1 pick from the soundtrack, is the perfect lovechild of punk rebellion and pop influence. Smoother than the run-of-the-mill punk rock jam, it effortlessly stays stuck in my head for days on end.

“Rock & Roll” tells the tale of SLC Punk with rhythm and a beat. Jenny, the song’s muse who finds salvation from her dull suburban lifestyle through the power of rock persuasion, could easily play the part of Stevo, a punk trapped in the suppressive streets of Salt Lake City…well, maybe if Jenny had blue hair and a hankering for drugs.

Angry. Politically charged. Humorous in an almost satirical sense. Am I describing SLC Punk? Or this Dead Kennedys breakout track? See why this works so well?

Look Back and Laugh – Minor Threat

What’s a movie on punk rock without a little Ian MacKaye? Rather incomplete, in my opinion. This Minor Threat song falls right under Stevo’s declaration that American punks did it harder, did it faster, and did it “with more love, baby.”
What film soundtrack should we feature next week? Tweet us @WDBM with your suggestions!