The Pact | Way Too Early Week One MSU Football Predictions 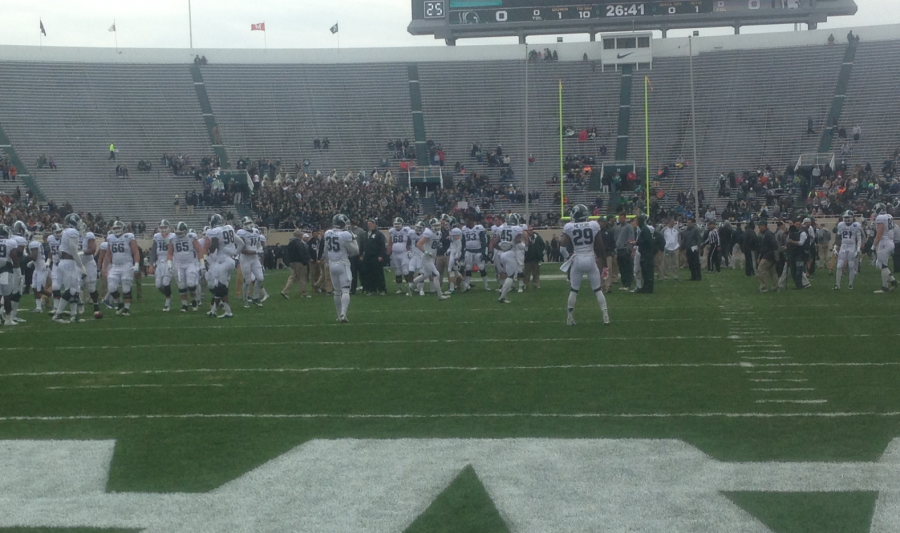 Former Spartans Draymond Green and Duncan Keith were crowned champions this month with Green and the Golden State Warriors winning the Larry O’Brien Trophy and Keith and the Chicago Blackhawks winning the Stanley Cup. Keith would also win the Conn Smythe Trophy as the NHL Playoff MVP. Bradley Allen and Travis Stroh discuss what it means for Michigan State.

Dustin Johnson had a chance to win the U.S. Open outright and a chance to go into an 18-hole playoff with Jordan Spieth. Johnson would par the 18th to finish one stroke behind Spieth. The panel discusses Spieth and Johnsons’s performance as well as the tough course at Chambers Bay.

The Spartans open their 2015 football season at Western Michigan. Is Western Michigan a team Michigan State shouldn’t sleep on, the panel debates. Also the United States is in an elimination game with Colombia, what are the chances that the USA advances?

The MSU Softball investigation has come to a close and Jacquie Joseph is still the head coach for the Green and White. The panel discusses their thoughts on the overall investigation.