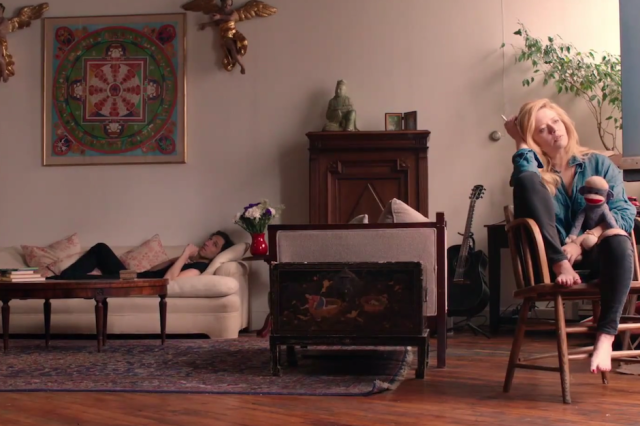 American indie electronic duo Tanlines released this video for their newest single entitled “Palace” on Monday. The video features “Orange is the New Black” star Natasha Lyonne as one half of a couple experiencing a very tumultuous relationship. Alex Karpovsky, best known as Ray on “Girls” is co-director of the video and has a cameo as well.

The music video depicts two separate realities, one where they continue dating and one where they break up for good. Tanlines takes you into their own fantasy land, soundtracked by their poppy new single, a perfect sunny day jam.