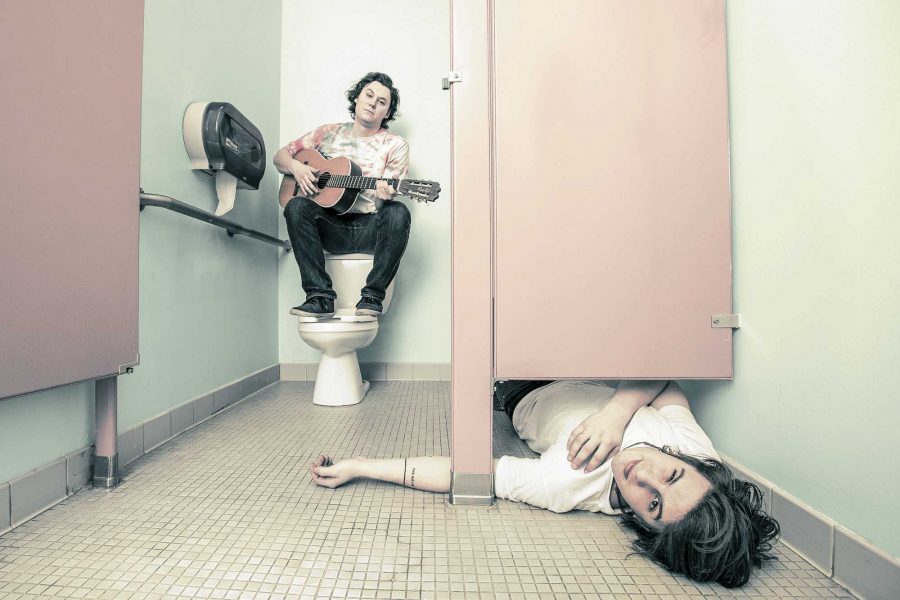 Much as I loathe using “indie rock” as a genre tag given its complete non-descriptiveness, The Front Bottoms are one of the few groups I can fairly ascribe that label to. The band’s DIY ethic has been one of their biggest selling points since day one, a trait fully on display with their most recent song “West Virginia” and its accompanying music video.

The video opens well enough with a fisheye lens of frontman Brian Sella getting watered like a sunflower before opening the song up with “Is it raining where you are?” Before the song becomes an exercise in irony, the drums kick in and the song erupts into a jovial frenzy as the camera pans around a wacky house party complete with tubas and rabbit cosplay. The chorus lines of “Love of my life/Gone forever” and “Just a pscyho/hellbent on self-descruction/hellbent on self-destruction” repeats throughout the track making “West Virginia” one of the band’s more poppier outings as of late.

Everything from the song’s stop-start rhythm to the ascending main riff to its slapped together music video feels like a throwback to pop-punk’s late 1990s heyday, and honestly, it is a total blast.