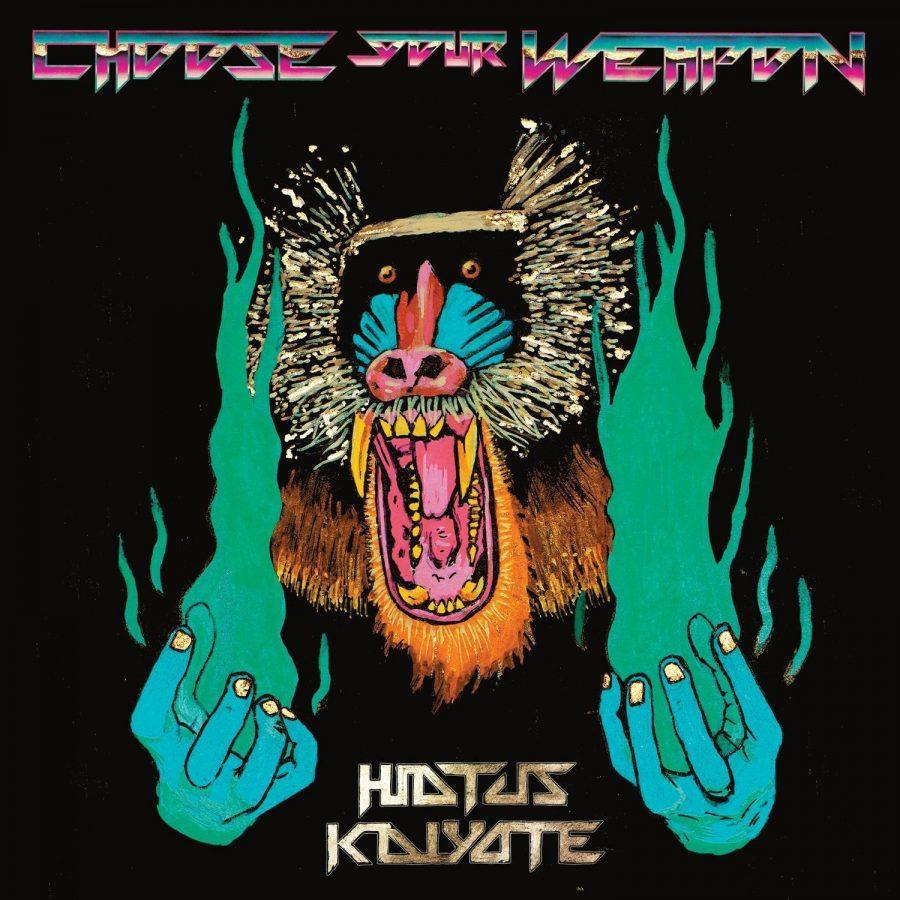 Maybe it is too much of a stretch to say that BADBADNOTGOOD made smooth jazz “cool” again, but no matter how you look at it, the sudden rise to fame from the three piece collective has made their brand of hip hop meets swing jazz the sound du jour among rhythm centric groups lately. I bring up BBNG mainly because it seems difficult to imagine a group like Hiatus Kaiyote existing without BBNG’s prolific output preceding them.

Choose Your Weapon is Hiatus Kaiyote’s sophomore album following Tawk Tomahawk (2012) and revolves around the vocal work of singer, songwriter and guitarist Nai Palm and keyboardist Simon Mavin. Bassist Paul Bender and drummer Perrin Moss provide the adequate rhythm that gives Hiatus Kaiyote their soul/jazz style, but outside of a few sections in which they accentuate Nai Palm’s staccato-styled singing, they rarely stray away from the standard blues scale or hip hop drum pattern.[su_pullquote align=”right”]”Bender and Moss establish the underlying flow to Choose Your Weapon while Palm and Mavin bounce her vocals against Mavin’s irregular keyboard parts.”[/su_pullquote]

In essence, Hiatus Kaiyote come across as two halves of a band playing together. Bender and Moss establish the underlying flow to Choose Your Weapon while Palm and Mavin bounce her vocals against Mavin’s irregular keyboard parts. Like the stylistic font for the album cover, much of Mavin’s contribution comes across as an homage to the cheesy, gregarious synths of the 1980s. The most notable example of this comes in the jam out on the latter half of “Atari”. Similar to Bender and Moss’s rhythmic match-ups with Palm’s voice, Mavin’s keyboarding plays a dual role with Nai Palm’s vocals.

[su_pullquote]”But too often, Choose Your Weapon is content with padding its 69-minute run-time with mid-tempo jazz grooves that blur into background noise as it continues.”[/su_pullquote]While Hiatus Kaiyote’s rhythm section helps underscore Palm’s vocal control, Mavin does this as well as accentuate Palm’s dynamic range. Take for example “Swamp Thing”, which features Palm emphasizing the syllables of the chorus “A toothless grinned swamp thing is lurking, come get you/Is lusting for your skin/Its hunger is climbing/” while ascending with each pair of three syllables. Mavin’s keyboard adds a swelling synth line with each ascension, perhaps best displayed on the third track “Laputa”, and it is when all these elements come together that Hiatus Kaiyote truly comes alive.

When Hiatus Kaiyote takes advantage of Palm’s vocal prowess, a gorgeous mix of Erykah Badu and Nelly Furtado’s tone with the depth of Kimbra’s range, and combines it with a fast paced rhythm section and wonky keyboard line you can see where the “neo-soul” moniker that describes the group comes from. But too often, Choose Your Weapon is content with padding its 69-minute run-time with mid-tempo jazz grooves that blur into background noise as it continues. It makes sense to have these subdued moments, else the energized moments on the album would lose their impact, but it takes too long to get to the reason we are listening to Choose Your Weapon. Previously mentioned “Atari” takes a minute-long buildup before letting Mavin cut loose with an 8-bit chord progression along with the rest of the band.

These buildups would not be so bad if Choose Your Weapon did not already have five interlude tracks (six if you count “Prince Minikid”) which gives the album breathing space. Rather than pacing out the record, the slow parts of the main tracks come across as redundant, and contributes to a sense of excess fat on the album.[su_pullquote align=”right”]”…Choose Your Weapon is still an infectiously catchy album that invites multiple listens.”[/su_pullquote]

Yet despite all these complaints, Choose Your Weapon is still an infectiously catchy album that invites multiple listens. For every slight misstep (and really, my biggest gripe with the album is that it does not have more sections where the band cuts loose) there is plenty of groove-along tracks like “Shaolin Monk Motherfunk” or the wondrous soul/reggae/smooth jazz break on the latter half of “Molasses”.

Hiatus Kaiyote has immense potential, which they have adequately displayed both on this album and with a prior Grammy nomination, and Choose Your Weapon is a more than worthy followup to Tawk Tomahawk. If you are a fan of the recent resurgence of live jazz’s influence on R&B and hip hop, you owe it to yourself to check out this album. And if you are anything like me, you will wish there were more cut-loose moments by the time “Building A Latter” comes to a close.

Choose Your Weapon was released on May 4, 2015 by Flying Buddha and distributed by Sony Masterworks.