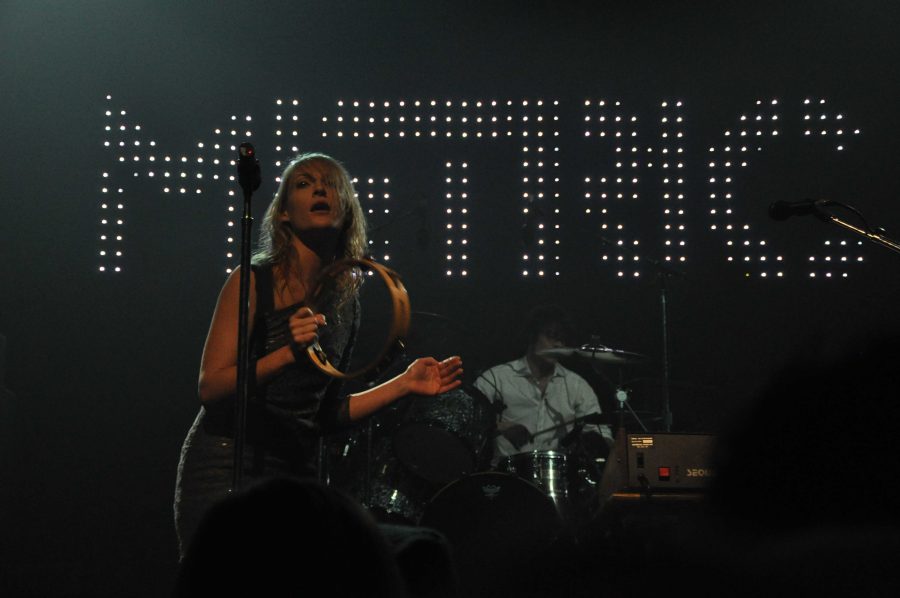 The last time we heard from Metric was in 2012 with their intense synth filled fifth studio album Synthetica.

Now, I am a huge fan of the Canadian indie rockers (I low key want to be Emily Haines), but Synthetica just did not do anything special for me. All of the pieces of the album were signature Metric; the synthesizer, electric guitars, the winding road of songs that change course as they continue, and of course, Emily Haines’ illusionary lyrics. But I still did not find the album particularly captivating like I had with their 2009 album Fantasies (or any of their earlier albums for that matter). Basically, I was un-phased by the release of Synthetica.

[su_pullquote align=”right”]”Everything is polished and shiny compared to the band’s rusted out original sound.”[/su_pullquote]So when Metric released a new single on May 11, I was ecstatic by what I found when I pressed play on “The Shade”; they are back! The band that I fell in love with so many years ago has found a way, yet again, to dip into the same bag of tricks and create a sound dripping in refined anguish.

Take one listen to “The Shade” or Synthetica and it is clear how far the band has come since their Old World Underground days. Everything is polished and shiny compared to the band’s rusted out original sound. However, that is not necessarily a bad thing, though it has taken me a while to come around to it. From what I can tell, “The Shade” is here to bridge the gap between the band’s old school rock days with their newfound love for extreme synthesizer use and more experimental electronica.

Though they are obviously evolving into something new, if this is the path that Metric wants to wander down for the next few years, I think I will continue to stick around.

More information about Metric’s upcoming album will be announced later in the year.