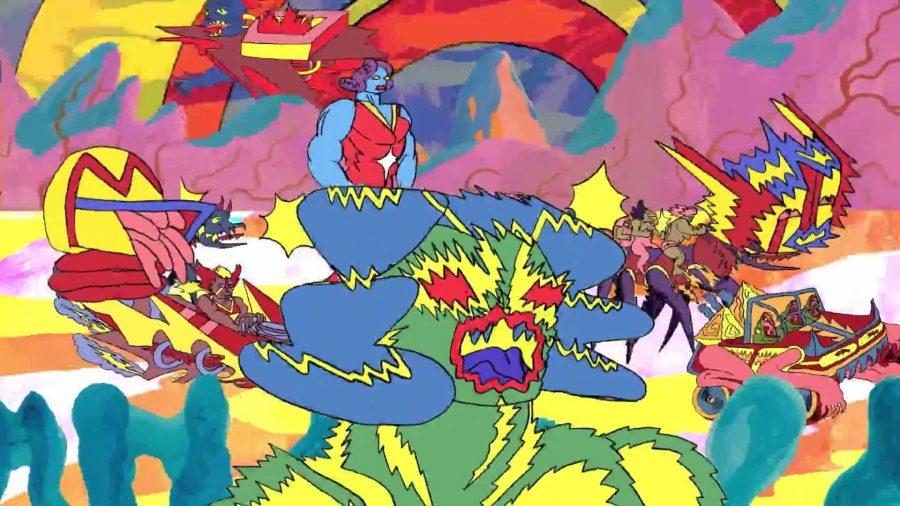 Hey, you did a great job this week. All those emails? You even showered? Seriously, we’re impressed.

As a reward, here are three hot tracks chosen by our tasteful staff members. You deserve it.

When I heard Mumford & Sons were “going electric,” I was understandably skeptical. Like a lot of people, I had fallen out of love with the band and their banjos and suspenders, and “Babel” just was not doing it for me. However I was still a little bit hopeful and a whole lot curious as to what sound was going to come from this transition.

Their first single (“Believe”) was solid, but it did not blow me away. Their most recent single, however, bursts in with the kind of sound that I was looking for. They still bring their songwriting prowess and folk-music technicality to the alternative rock sound. I think it meshes really well, and it most certainly is a departure from their former sound. I look forward to hearing what else they have in store when the full album, Wilder Mind, drops on May 4.

The first track off my favorite album of the year so far, Lightning Bolt’s Fantasy Empire. “The Metal East” lets you know perfectly what to expect from this record. This song hits hard and never lets up. Lightning Bolt’s music consists almost entirely of ferocious drumming and muffled bass riffs and it demands to be listened to as loud as possible. This Adult Swim stylized music video is stellar, too, as colorful cartoon characters plod on as rhythmically and hypnotically as the grooves of the track.

With finals just around the corner, I’m sure we’re all starting to feel a little crabby and stressed out about the tasks that lie ahead. Right now, nothing embraces the frazzled feeling of the end of the year like this The Mountain Goats song.

The aggressive strumming of acoustic guitars, a pounding piano and the bellowing vocals encompass everything The Mountain Goats have to offer on their very best day, while still staying true to their slightly pessimistic nature. This is the perfect song to blast in your car, with the windows down as the beautiful spring weather transitions into summer and you realize how much studying you have not yet accomplished.