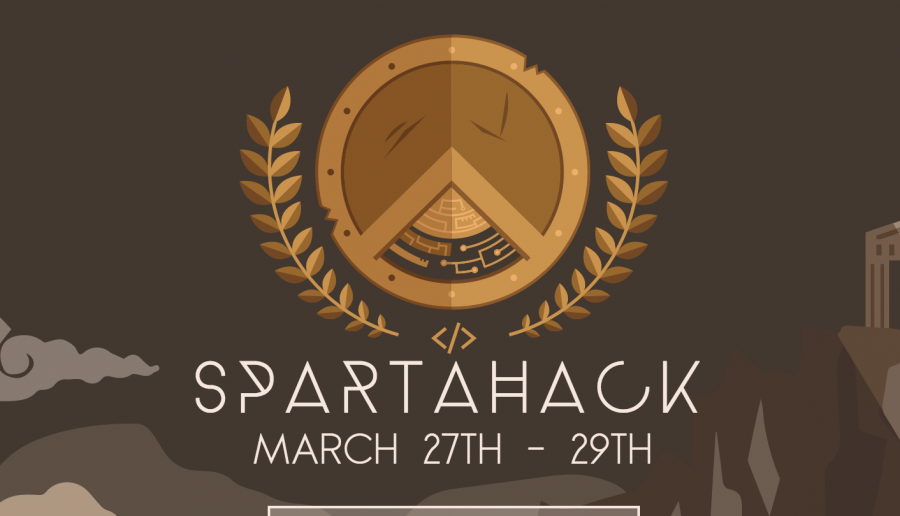 Hackathons have been a current trend that are sweeping the nation and last weekend, Michigan State joined the trend by putting on the school’s very first hackathon titled SpartaHack. According to Wikipedia, a “hackathon” is an event in which computer programmers and others involved in software development collaborate intensively on software projects for an extending period of time. SpartaHack was no exception; students from over 30 different universities, including, University of Michigan, New York University, University of Chicago, University of Notre Dame, Oakland University, and of course MSU, gathered in Wells Hall Friday evening to begin their 36-hour software competition.

Before the event officially began, I was able to speak with Hack Director, Katelyn Dunaski, a MSU junior majoring in applied engineering sciences, to give me a rundown of what exactly would be going on inside Wells Hall for the next three days.

“SpartaHack is a 36-hour competition where students are going to be given resources to expand their skill set beyond what they already know. There’ll be resources like mentors and software available to the participants and students can create whatever they want,” Dunaski told me while taking a break from her hectic duties. “Students will create anything from web and phone applications to using hardware to create things with virtual reality…You’ll see some of the most creative ideas come out of these hackers.”

As I spent my time wandering around the three floors of Wells Hall over the weekend, I realized what an extravagant event this was for MSU to create and execute. Each room and hallway within Wells’ A-wing was transformed into a different kind of space to cater to the hackers’ needs. The first floor hallway was filled with sponsors that were not only there to socialize with the students, but to help them with any trouble shooting their team may experience with their project. Classrooms on the 2nd and 3rd floors were split into places for teams to work, spaces for people to try to sleep, game rooms, a photo booth with a wall built entirely out of Redbull, and areas for hackers to attain software and hardware.

In addition to all of the professional and educational opportunities, hackers were also able to take breaks by attending any number of the fun activities planned by the organization committee. On Friday night the hackers were entertained by a comedy show, on Saturday afternoon therapy dogs were brought into the building to help students relax while they continued to code, and finally in celebration of the final night on Sunday, a surprise Nerf gun fight was enjoyed by all.

At the conclusion of the three day hackathon, a closing ceremony was held and teams were able to share their projects that had kept them awake for almost three days straight. The keynote speaker for the ceremony was Jay Freeman, who created a software application for Apple’s IOS Operating System so that jailbroken phones can run applications developed by third parties. Thirty-five teams showcased their impressive projects that they accomplished over the weekend while a minute amount of other teams were unable to submit their projects due to problems they ran into during the event.

Overall, the overwhelming opinion on SpartaHack, by both volunteers working the event and the students participating, was that the event was an incredible experience for people. The opportunities as well as the activities provided by the event created, not only a creative and effective learning environment, but also a fun atmosphere for people of similar interests to gather and share their ideas.