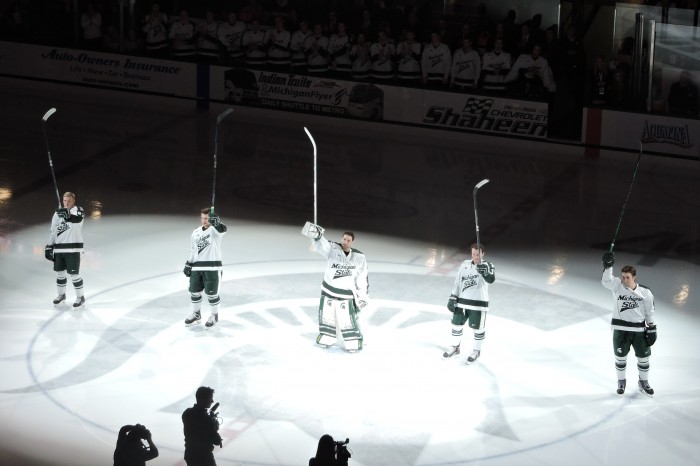 Welcome back Spartans! We have quite the line-up for you as we are entering March Madness and the Big Ten Tournament for the Michigan State men’s hockey.

In the first segment, MSU Impact Sports men’s basketball reporter, Blake Froling, joins the panel to discuss the Spartans’ run in the Big Ten Tournament and his crazy video moment when Badger redshirt senior guard, Josh Gasser, barreled into Froling when trying to save a last second ball from going out of bounds. Froling and the panel also discuss Michigan State’s match up against the University of Georgia in the second round of the NCAA men’s basketball tournament.

The Michigan State men’s hockey team finished their season 11-6-1 since the Great Lakes Invitational in late December. MSU Impact Sports hockey reporter, Brian Bobal, joins the panel to discuss the Spartans past weekend series against the Michigan Wolverines as well as what it means for the green and white to get the No. 2 overall seed in the Big Ten Tournament.