Blade of the Ronin | Cannibal Ox 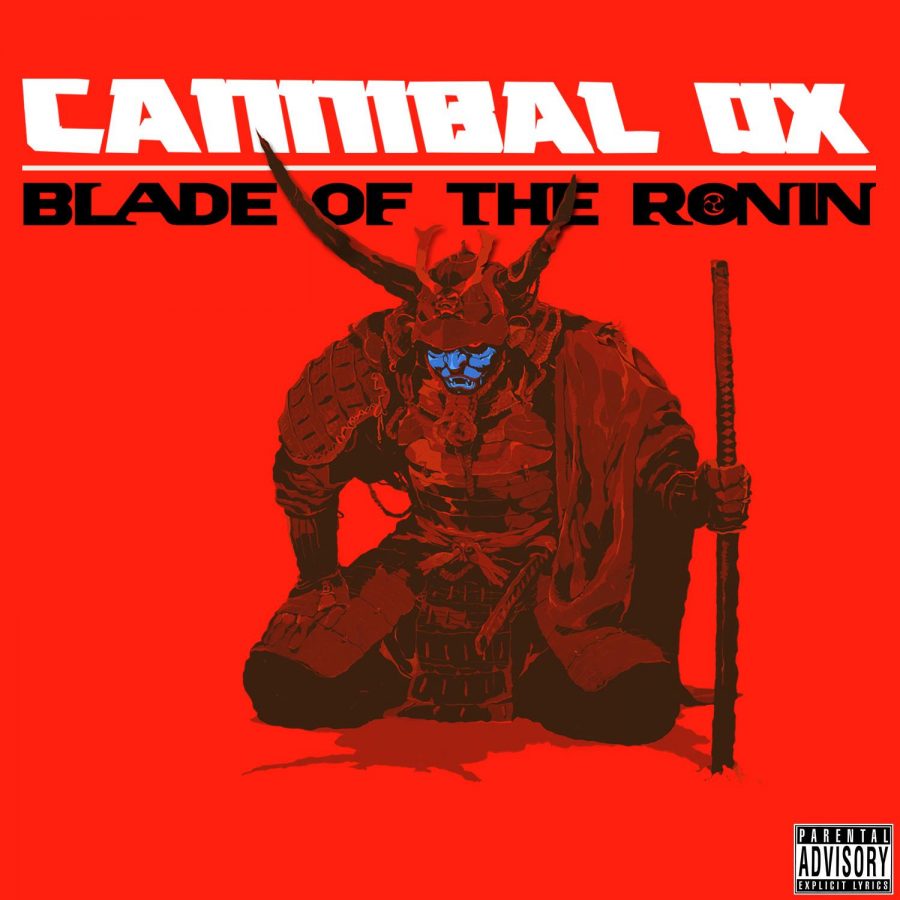 From the gritty depths of the hip hop underground, Harlem duo Vast Aire and Vordul Mega released the debut album The Cold Vein, a record that many consider to be one of the most essential rap LPs of the 2000s. This was in 2001, and the future of their group Cannibal Ox was thought to be rife with excitement and anticipation; however, after teasing the public with collaborations with rap mogul (and one half of Run the Jewels) El-P, solo LPs, and possible EP and single drops, Cannibal Ox’s output only amounted to a handful of audio recordings. Cut to 2015, the unofficial year of heavily hyped hip hop albums: see Ghostface Killah, Joey Bada$$, and Death Grips. The pair of New York rappers releases an album 14 years after their debut effort, finally ending the adolescent hiatus.

Taking a page out of Wu-Tang Clan’s lore book, Cannibal Ox title their album with campy 1970s kung fu films in mind: Blade of the Ronin (even Wu-Tang’s U-God has a feature on the album). A Ronin is a samurai without a master or lord to serve, insinuating that Cannibal Ox no longer has to follow any instruction and may slay any rival groups with their lyrical blades.

The album kicks off with “Opposite of Desolate”, a heavy jam with heavier New York inflections in Mega and Aire’s flows. It is a solid track that showcases Cannibal Ox’s approach to hip hop: clever rhymes, almost lo-fi production, and banging beats and samples. The following song “Psalm 82”, as the name suggests, pursues a theistic theme, rattling off Old Testament and Quranic avatars like Ibrahim and Elijah as inspirations. The lyrics often juxtapose the intellectual and inane, but they are all written with a flair for the cryptic.

Whereas other contemporary rap groups take their beats with a healthy dose of EDM or dubstep, Cannibal Ox embraces the instrumental depth of the golden age of hip hop and features soulful samples, staccato guitar strums, jazz drum work, and disorienting piano a la “C.R.E.A.M.”. It is a shame this interpretation on classic hip hop has been exiled to the underground, but after Blade of the Ronin and GFK’s collaboration with BADBADNOTGOOD Sour Soul, expect to hear more artists aim for the nostalgia of the past instead of the wub-wub-wub anthem of today’s electronica.

Cannibal Ox is making up for lost time, as Blade of the Ronin runs for a lengthy 62 minutes. Expectedly, there are moments on this LP that are evidently weak in creativity, with songs that sound, at best, passable, and at worst, boring. The track “Water” has some really uninspired vocals, and the MC on the mic appears to not want to record the song: he sounds so disinterested in the words he is slowly rapping, and if he fell asleep during previous takes during the recording session, I would not be surprised.

The other issue this album has is the lack of instrumental variety throughout. As mentioned above, the classic take on golden age hip hop works; however, the overall tone never shows much variety, and when giving Blade of the Ronin a full listen, it is easy to become tired of the less captivating beats. To make an effective rap track, the MC’s flow has to complement the instrumental background in a dynamic or unique fashion. Cannibal Ox frequently achieves this requirement, but there are songs on this LP like “Sabertooth” and “Carnivorous” where even the many featuring rappers cannot make the material interesting.

Overall, Blade of the Ronin is a very good, and at times, great rap album. The rhymes are rarely lazy and both Vast Aire and Vordul Mega sound hungry to establish themselves as relevant fourteen 14 years after their last LP. The collaborations are also, for the most part, effective, especially MF DOOM’s footprint on the track “Iron Rose”, where he puts together some entertaining verses in his trademark flow.

Keep in mind; if you listen to the entire album at once, you are bound to get tired of the material and its occasional repetitiveness. Take a few breaks or split the tracks up accordingly, so you can appreciate Cannibal Ox’s sophomore effort in vignettes and not like an impenetrable hip hop Moby Dick.

Blade of the Ronin was released Mar. 3 by IGC Records/iHipHop Distribution