Jam of the Day: The Ground Walks, with Time in a Box 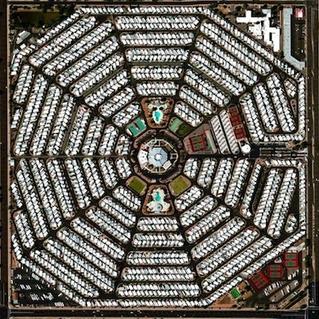 The Ground Walks, with Time in a Box is the latest released song (February 16) and sixth track from the band’s new album Strangers to Ourselves, scheduled for release on March 17. It is a funky and energetic song that forces you to match its rhythm with a bobbing head, tapping foot, or any other extremity you have. The Ground Walks’ full six-minutes strikes resemblance to the final 2 ½ minutes of Fly Trapped in a Jar from their 2007 release We Were Dead Before the Ship Even Sank, one of my favorite songs of their previous two studio albums which explains my immediate attraction.

While the instruments chug happily through the song (special shoutout to that bassline), Isaac Brock discusses time travel, Earth and humankind in typical Brock fashion,

“The World’s an inventor with its work/

directly into our mouths/

The World’s an inventor/

and we really don’t mind”

From the four tracks we’ve been privy to prior to the full album’s release (Lampshades on Fire, Coyotes, and The Best Room) this song has me most excited for March. Strangers to Ourselves has 15 total tracks and are listed below.

“Strangers to Ourselves”
“Lampshades on Fire”
“Shit in Your Cut”
“Pistol (A. Cunanan, Miami, FL. 1996)”
“Ansel”
“The Ground Walks, with Time in a Box”
“Coyotes”
“Pups to Dust”
“Sugar Boats”
“Wicked Campaign”
“Be Brave”
“God is an Indian and You’re an Asshole”
“The Tortoise and the Tourist”
“The Best Room”
“Of Course We Know”