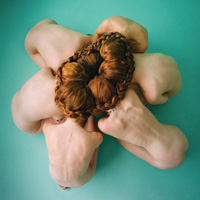 Intriguing opinions from the panel of four on Sit or Spin tonight. Many thoughts on the new Alt-J track and the old Coachwhips one. They loved Saint Motel and weren’t really feelin’ Merchandise. Overall a solid night of music reviewing here at Impact 89FM!

My Type by Saint Motel : spin

Every Other Freckle by Alt-J : spin

Ghost by From Indian Lakes : sit

Bad Habit by The Kooks : spin

A Keepsake by empire! empire! (i was a lonely estate) : sit

Our Love by Half Japanese : spin

Rollin’ And Tumblin’ by The Gaslight Anthem : sit

Neverminders by In The Valley Below : sit

I Played A Role by El May : spin