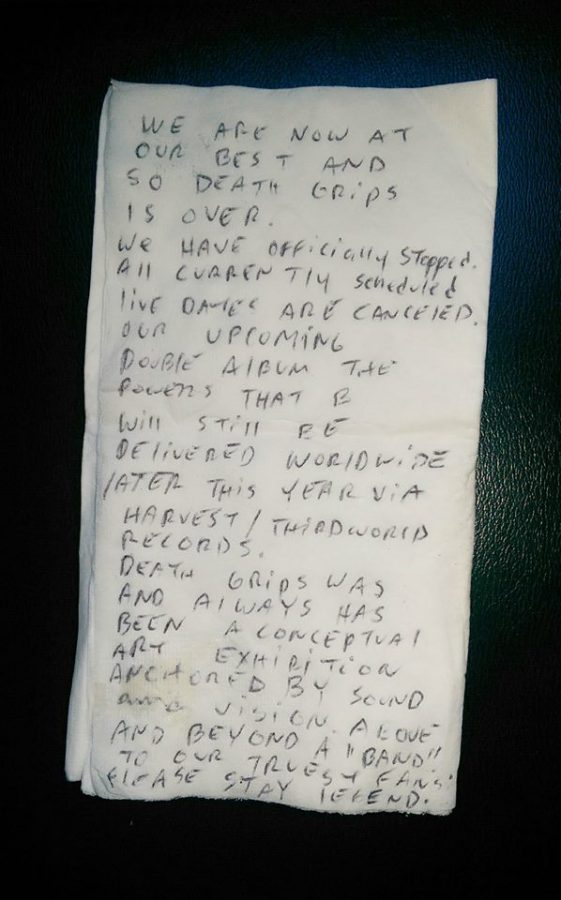 Considering how Death Grips just broke up a couple days ago I’ve legitimately been struggling to come to terms with the fact that one of my favorite bands doesn’t exist anymore. One of my favorite memories of Death Grips was when I got on facebook one day after class and just saw this song posted on their facebook with the cryptic video, with absolutely no explanation. No news about an album, nothing about if this is a single for any projects coming up, nothing. This song really sticks out to me in their discography because it doesn’t even really fit on the album it ended up being on (Government Plates) nor does it really sound like any other Death Grips song. That was what made them great though, they’re truly one of the only bands ever that honestly did not give a fuck. They’ll never be another one them like, RIP Death Grips, stay noided my friends.