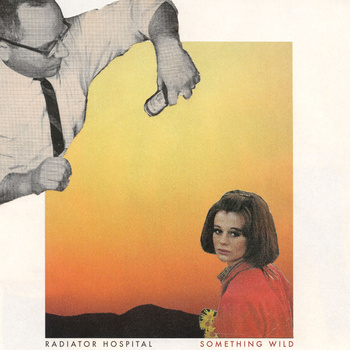 It’s that time of week again! Check out what some Impacters have been listening to this week and you might just discover something yourself!

So I’ve been all about the new Sam Smith album. His voice is beautifully soothing and incredibly soulful. On the other side of the spectrum, I’ve been listening to the clipping album. It’s weird compilations of static and other strange effects that almost make it hard to listen to, but it’s worth it.

Been on that Death Grips binge with their new EP/album teaser/whatevertheywannacallit and it’s awesome.

Also, I’ve been listening to a bunch of Chet Faker remixes from his new album and from his 2007 release Thinking in Textures. Some of it’s real rad. Kimbra’s been releasing quite a few singles from her new album and they all sound like far out and trippy pop.

Missed a Deafheaven concert like 3 days ago, but at least their sweater I ordered came in and I’m seeing NMH soon. It’s the week of B’s: Boris, Ben Frost, Battles, Burial, Bon Iver, James Blake. The acoustics of my new apartment are great and I took a nap to A U R O R A. I’m listening to the new Oneohtrix Point Never EP and it’s enjoyable. 8/10 week

I’ve been listening to a lot of Die Antwoord lately. They released a new album “Donker Mag”, but honestly I am not impressed. I only probably like 2 (Cookie Thumper* and Strunk) out of the whopping 16 tracks on the album. If you aren’t familiar with them, the South Africans couple are about as weird as you can get. I can’t tell if the wow-factor is gone or if their creative juices are running out because you can only be so weird for so long. Anyway, I do genuinely like some of their older stuff like; Fatty Boom Boom* and I Fink U Freeky* off of Ten$ion and Evil Boy and Enter the Ninja off of $O$. And so I’ve been listening to that all week.
*NSFW

So this week was unique because I had the chance to host our emo/sad show Pity Party! In the process of creating the playlist for the show a couple of my friends introduced me to some new music. Radiator Hospital and Small Wonder were probably my favorites. If you’re interested you can check out the full playlist from Wednesday here.