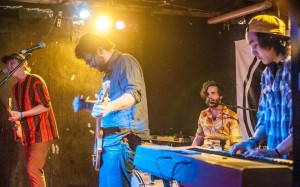 We had an awesome week on The Basement this week as we brought in Squirrel Shaped Fish, and Mark D Beats to play some new tracks and talk about what the big bold future looks like. Beyond that we managed to squeeze in some other awesome tracks. The Playlist is below.

Mike Mains and the Branches – Miracle