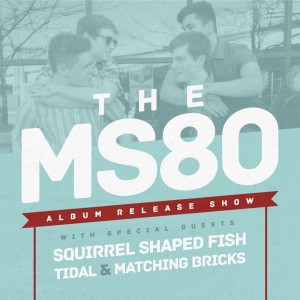 This week on The Basement we brought in The MS80 to come in and play us a ton of live songs! and debut some new tracks off their upcoming album. We also features some songs from some bands that are playing some really cool shows in the area. Below is the playlist:

Simien the Whale – Re-Energized in a Man’s Life

Bad Dates – Round and Around

Lights and Caves – The Shape