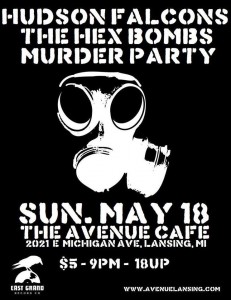 Little bit of a surprise here on The Basement tonight as 2 of our scheduled bands had to cancel. But The Hex Bombs came in and played some acoustic songs live for us and some songs of their latest album “Everything Earned”. We also filled the other bands spots with some awesome local music. Below is the playlist which, like usual includes shows that each bands is playing in the area soon.

We Are The Union – I look like John Cuszak

Jessica Hernandez and the Deltas – Caught Up

Thanks to The Hex Bombs for coming in.