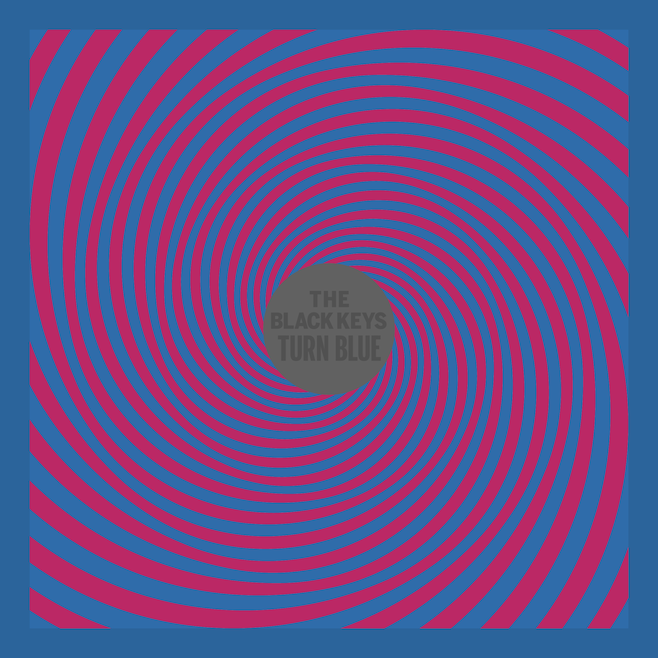 Generally when one is talking about the sound of The Black Keys, you usually have to specify which album era you’re talking about. The band has been churning out albums since 2002 and their sound has changed drastically since 2006’s Magic Potion. Their first few albums had a much more raw feel to them than their more recent stuff. When they started out they were very much a in-your-face, fuzz blues, garage, hard rock kind of band and it was powerfully beautiful. Attack & Release had a much more psychedelic kind of chill out feel to it that made you want to get in your car and drive across the country with the windows down. Brothers was an album that took them in a more straight up rock feeling and El Camino got even more upbeat with rock songs that made you want to get up and dance (I dare you to try and listen to “Lonely Boy” without dancing). Turn Blue might be the first album by them in which everything sounds like it’s been done before. But this is actually what makes it an amazing album.

Up until this album it seems like The Black Keys have been exploring all the different faces of rock music and loving every second of it. This album sounds and feels like the culmination of all of their exploration and it sounds fantastic. There are times when Dan Auerbach (lead singer, guitar) is playing screeching fuzz solos and you think you’re back in the Rubber Factory/Magic Potion era. But then the next song comes on with slow reverb tunes that make you wish you were in the backseat of a car with the wind in your face and not a care in the world. Then you hit the middle of the album and the song “Fever” comes on and you just want to get up and dance.

The mood and music changes from song to song, but they also happen within the songs as well. “Bullet in the Brain” starts off with an acoustic guitar and Dan singing with Jim Morrison reverb coming at you from every direction and you start to think you’re back in 2008 and listening to Attack & Release. But then one minute later the drums really kick in and so does the distortion and all of a sudden you think you are in the middle of a solid rock song. But then the guitars cut out leaving only a groovy bass line and drum beat with Dan singing over top of it. This kind of pattern is hidden throughout the album and it’s amazing because you really have no idea what’s going to happen next. In previous Black Keys albums a song would start off with a garage rock tone and you’d know what you’re in for and most of the time you’d be right. This album throws all those preconceptions out the window and you have to really put everything else down and listen to it to really hear the subtle changes and genius genre shifts that they have created.

Turn Blue is another great album that is well worth a listen to any fan of good modern rock. A few of my favorite songs are “Weight of Love”, “Bullet in the Brain”, “Fever”, and “Waiting on Words”. This is an album that really requires you to put everything else down and give it a good listen, loud with a subwoofer or quality headphones if you can; the bass lines in this album are the true star.