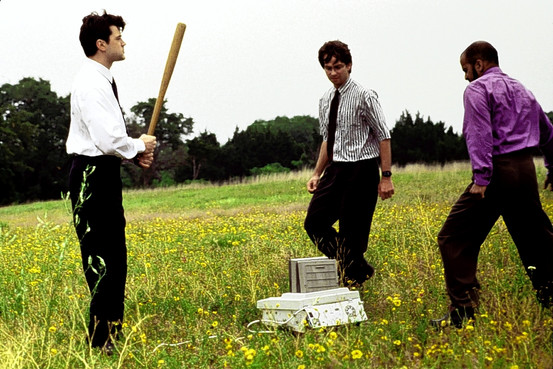 It doesn’t matter that school is out. Weekdays are still a bummer. Here is what we’ve been listening to at the station to help you escape the oppression of fluorescent lights and mundane cubicles.

Assistant Video Director Dakota Johnston
I’ve been listening to a lot of stuff lately, but the song that comes to my head most is Sweet’s Little Willy. Oh and I’m digging the new tUnE-yArDs album.

Assistant Music Review Director Stacey Karl
I went to see Nick from Islands last night at The Blind Pig in Ann Arbor, so I’ve been listening to them a lot lately. He opened for Aimee Mann, you know the maid in that episode of Portlandia? Needless to say, it was pretty weird. The new Ex-Cult record just came out and it RIPSSSSSSS. Educate your neighbors about punk and play Midnight Passenger at full volume.

Content team member Alex Byers
My 90’s boy band and Spice Girls knowledge is getting ever deeper as my coworkers consistently play their music over the loudspeakers. and let me tell you, I’d be lying if I said I wasn’t enjoying it. Also, Dakota’s voice has been ringing in my head for a while too. Not sure if that counts as music.

Assistant Office Manager Sami Leonardo
Lately I’ve been all about the sweet sounds of Baths. Will Wisenfeld kills it not only in the studio but also on stage. He’s been on my replay list since I saw him at the Magic Stick last Sunday. I’ve also been into Young Fathers who opened for Baths. They’re really intense live, even though their beats wouldn’t allude to that.

Content Director Kevin Glide
I’m back in my hometown of Sterling Heights this week, and I can’t begin to tell you how lucky we are in East Lansing to have Impact 89FM; the radio stations around here play so much garbage and so many commercials that I have no idea what I did before I started going to MSU. Anyway, I’ve been listening to a lot Twin Shadow and Oingo Boingo.